Readers will get double the thrill today with glimpses of the book covers for a new series featuring a combustible romance and a rocky road to HEA.  Life takes an unexpected turn when a woman gets the chance to become the opening act for a famous rock band, and catches the attention of that band’s lead singer, in a tale set in the rock star world.  Keep reading to get a tempting taste of Destiny and Shooting Stars by Clara Fox, while taking a moment to drool over the sexiness, then add these first two installments in the Last Moment series to your bookshelf! 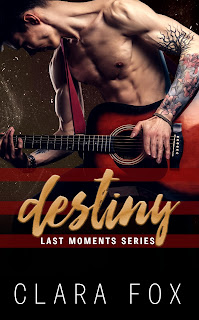 DESTINY (Last Moment #1)
Alexandra “Alex” Walton has the life she always wanted for herself. A stable career with plenty of advancement opportunity, Paige, her best friend of a decade as her roommate, and best of all, her amazing boyfriend of three years, attorney Ryan Stewart.
One night Alex and Paige are out having some harmless karaoke fun, when an unreal opportunity presents itself. With her best friend by her side every step of the way, Alex takes on this new experience to see if her dreams could really come true. To be the lead singer of a rock band is not a position you are offered every day. Especially a band that has entered a showcase competition, where the grand prize is the chance to open for a multi-platinum selling group of rockers that is currently on a worldwide tour. That famous band is also fronted by none other than the sinfully sexy, Noah Dreagan, who seems to be drawn to Alex, and emits an energy that could easily pull her in.
Battling nerves and insecurities, Alex digs deep inside to find a confidence she had long forgotten, and embarks on a journey that leaves her questioning whether she still believes that everything happens for a reason.
“What happens when ‘Destiny’ comes along and changes everything?” 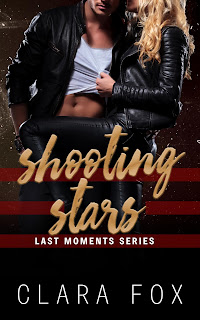 SHOOTING STARS (Last Moment #2)
Alexandra “Alex” Walton and the members of her band were given an amazing opportunity when Destiny brought them together.
Now that Last Moment has proven their talent, Alex has caught the eye of none other than sexy rock star Noah Dreagan, the lead singer of Carnal Imagination. Regardless of the fact that she has a boyfriend, Noah is determined to do whatever it takes to keep her around.
The music industry is an overwhelming place. One side can be fun and exciting, while another can be shady and dark. Craziest of all is that careers can be made or broken overnight.
What is in the cards for Alex and Last Moment? Will the fans and industry welcome them with open arms? Or will they struggle to even be heard, just trying to get in the door?
When your band is flaming hot one minute, you can end up ice cold the next. Fame can have you soaring high, then falling fast and fading away, just like Shooting Stars.
***This is NOT a standalone novel, you must first read Destiny (Last Moment Series Book 1) to understand where this story begins and takes place. 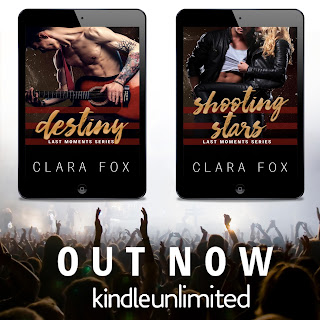 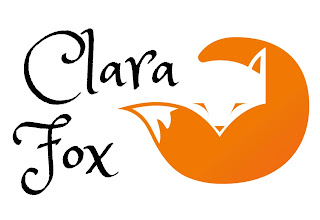 Clara Fox lives in the Washington, D.C. area, affectionately known as Northern Virginia (or NoVA). She’s married to a man who loves hockey and sports as much as she does. She reads close to 3 books a week, even when writing (it’s the only way she can escape and get quiet with two young kids at home). She joins the normal full time working force during the day and plays writer on her laptop at night. Dual life…she isn’t a Gemini for nothing.