Book Cover Reveal for Sweeten My Life by Hayley Faiman…….

A woman with a painful past finds herself struggling to live again with the unexpected help of a man offering her everything in this gritty tale full of heart and soul.  Keep reading to get a tempting glimpse of Sweeten My Life by Hayley Faiman, then start counting down the days until this seventh installment in the Nasty Bastards MC series hits bookshelves on October 3rd! 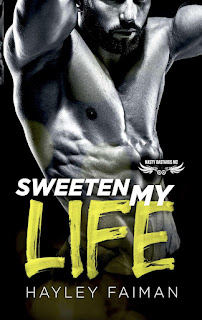 Love is the last thing on her mind. Commitment is something he thought he would never desire. She doesn’t know where to run. He wants her to sprint toward him.
Horrific doesn’t begin to describe the beginning of Paige Hale’s life. Choices are not something she’s ever been given. When the Nasty Bastards liberate her, she’s handed her freedom on a silver platter, but doesn’t know what to do with it.Independence becomes an overwhelming concept. Choices become too many. Then there’s him. He wants too much. He wants everything, and she’s not sure she can give that to anyone.Country knows how to read people. After all, he was once an undercover detective, and now he’s the secretary of the Nasty Bastards MC. He can tell when someone is being genuine, when a person is scared, or when they’ve been through the depths of hell.He knows that she is the latter. She has been through hell, but he’s bound and determined to bring her back. If she’ll only let him. If she can relinquish herself to him. If she can accept what he has to offer her...which is everything. 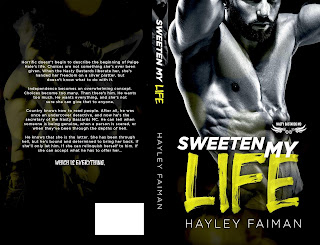 AUTHOR INFO:
I was born and raised in California. My husband and I met when I was just 16. We were married a few years later, we lived in Oregon while he was in the US Coast Guard.
Texas is now where we call home, where our boots rest, and where we're raising our two little boys and a chocolate lab named Optimus Prime.
WEBSITE  |  NEWSLETTER  |  FACEBOOK  |  INSTAGRAM  |  TWITTER  |  AMAZON
at September 20, 2022