Book Tour for Melt For You by J.T. Geissinger (REVIEW)

It’s a charming tale of opposites attracting when a Scottish rugby player woos the Ugly Duckling next door.  Unrequited love and issues of self-esteem are beautifully balanced in the friends-to-lovers romance found amongst the pages of this contemporary tale along with my impressions of this decadently delightful book.  Keep reading to get a tempting taste of Melt For You by J.T. Geissinger, then be sure to add this second installment in the Slow Burn series to your bookshelf! 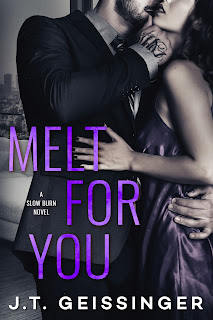 A wallflower gets seduction tips from a playboy athlete—until love changes the rules.
Socially awkward Joellen Bixby has a date every Saturday—with her cat, a pint of ice cream, and fantasies of the way-too-handsome Michael Maddox. She’d give anything to win over the unattainable CEO of her firm, but how can she when she blends in so well with her cubicle? The answer may be closer than she thinks.
Cameron McGregor is a cocky, tattooed Scottish rugby captain who just moved in next door. He’s not Jo’s type—at all—but the notorious playboy is offering to teach the wallflower everything he knows about inspiring desire. Though a lot of women have rumpled Cam’s kilt, Jo is special. Far from the ugly duckling she thinks she is, in Cam’s eyes she’s sharp, funny, and effortlessly sexy. Now, thanks to him, Jo is blooming with confidence and has the man of her dreams within reach.
Unfortunately for Cam, he’s just helped to push the woman of his dreams into the arms of another man—and now he’s in the fight of his life to keep this beauty from getting away. 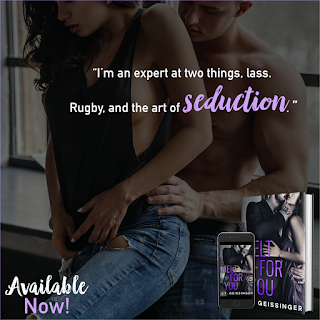 Readers will be wearing a perpetual smile on their face as they watch next door neighbors find romance while engaging in rapid-fire banter teeming with sexual tension. Opposites attract in this charming romance with two unforgettable main characters who deal with their heartbreaking pasts and find unexpected love along the way.  By the turn of the final page readers will be full of warm fuzzies and sweet dreams courtesy of a sexy Scotsman who’s the epitome of romantic.

Joellen Bixby is an average gal.  She’s been working at the same job for the last ten years, is happy to be the worker everyone goes to when things need doing, and has had a crush on her suave and debonair boss since the day she was hired.  She’s also kindhearted, befriends her elderly neighbor, and cares for a deaf cat.  She’s got a lot of wonderful qualities, but nothing that makes her stand out.  It’s been that way since she was a baby.  As the daughter of a professional photographer and successful supermodel, and with a beautiful sister who’s made waves on the pageant circuit, she’s always felt lacking.  The insensitivity of her family when it comes to judgments about her weight and inability to find a man has left her self-esteem bruised though.  Their constant criticisms have left her in a rut, too scared to go after what she wants but frustrated with herself in an endless loop that leaves her just settling for crumbs.  The moment she confronts her noisy new neighbor though is the moment her life changes irrevocably.  The moment Cam sees her he takes it upon himself to transform her into the woman she wants to be.  Through snarky yet heartfelt interactions the sexy Scotsman slowly worms his way into her heart and along the way she also discovers new things about herself that empower her.  Being around Cam pushes all her buttons, frustrates her but forces her into speaking up and working for what she wants, in a connection that crackles.  The hurt to her psyche was clear from the moment readers meet her and it had me longing to hug her.  She was in a low place at the start but her friendship with Cam invigorated her and like a butterfly emerging from a cocoon she became a much stronger-willed person.  Joellen’s the kind of heroine you can easily relate to, the kind you want only good things for.  She might’ve been full of uncertainties with others, but she wasn’t afraid to go toe-to-toe with Cam in a scorching friends-to-lovers romance that had me laughing one moment and blushing the next!

Cameron McGregor seems to have it all as a star rugby player.  He’s surrounded by beautiful women, has lots of money, and has an invite to party wherever he wants.  It’s all starting to get to him though.  He’s angry about the superficiality of his life, fueled by his painful past of disability and death.  He overcame a lot in his childhood but his anger is finally coming to a head and putting his career and his future in jeopardy.  Seeking a bit of peace and quiet he leaves Scotland behind to move into the apartment of a friend.  It ends up being a life altering decision where he finds not only love and support but deals head-on with his past to find a future with a woman he sees more clearly than she sees herself. Cam’s a brash Scotsman, rippling with muscles and oozing self-confidence.  It’s self-confidence that he’s happy to share with Joellen in a combustible relationship that evolves from friends to something more.  Cam at first seems like a carefree playboy, but there’s a lot of substance below his sexy surface. He refuses to let Joellen put herself down in any way, shape, or form.  He encourages her but also makes her question things in order for her to find her HEA in a romance that had him wearing his heart on his sleeve.  Readers may fall for Cam’s sexiness when they first meet him, but it’s his big heart and protective nature that had me falling for him and rooting for him every step of the way.

This was a decadently delightful book courtesy of its fun and flirty banter between two apparent opposites.  Joellen’s steady, smart, and loyal but is also riddled with uncertainties over her weight and looks.  She’s an Ugly Duckling by her own admission, but I found her an immensely likable heroine.  Her family were hurtful at times with their thoughtless words and though it bruised her emotionally, they didn’t break her.  She was easy to relate to and I cheered her on through her empowering actions every step of the way.  Cam’s the quintessential book boyfriend.  His outer package is appealing, but it’s his charming heart and supportive words that made him drool-worthy.  He pushed Joellen to see herself as he sees her, instead of through the judgmental eyes of her family.  Though he’s younger than her in years it’s his painful past, his words of wisdom, that made him speak so wisely.  He set out to save Joellen as he couldn’t save his own mother and along the way he fell for her.  He never pushed her to love him back though.  He supported her as she worked through her unrequited love for her boss and his actions made me love him all the more. Alongside this appealing main couple was a small cast of equally entertaining secondary characters.  Among my favorites were the dramatic and colorful elderly neighbor, Mrs Dinwiddle, who took over every scene she was in as she didn’t hesitate to tell it like it was.  Mr. Bingley, Joellen’s deaf cat, also left an impression as he was drawn to Cam from the very start which showed him to be one smart kitty.  On a whole this was an unforgettable romance full of heartfelt words and deeds, heartwarming charm, and a friendship longing to be more that I wholeheartedly recommend! 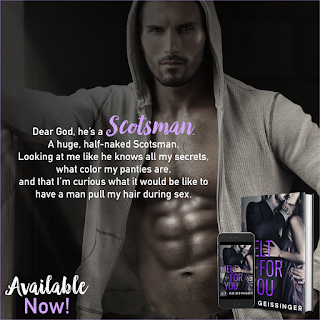 A former headhunter, J.T. Geissinger is the author of more than a dozen novels in contemporary romance, paranormal romance, and romantic suspense.
She is the recipient of the Prism Award for Best First Book, the Golden Quill Award for Best Paranormal/Urban Fantasy, and is a two-time finalist for the RITA® Award from the Romance Writers of America®. Her work has also finaled in the Booksellers’ Best, National Readers’ Choice, and Daphne du Maurier Awards.
Join her Facebook reader’s group, Geissinger’s Gang, to take part in weekly Wine Wednesday live chats and giveaways, find out more information about works in progress, have access to exclusive excerpts and contests, and get advance reader copies of her upcoming releases.