An inheritance leads to unexpected romance in this tale of starting over as opposites attract in fun and flirty interactions that keep you voraciously turning the pages.  Keep reading to get a tempting taste of Well Played by Vi Keeland & Penelope Ward, then start counting down the days until this standalone title releases on October 25th! 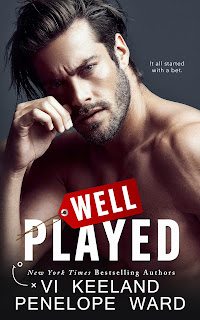 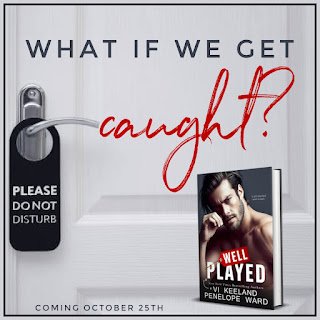 PRE-ORDER AT AMAZON (Paperback) here.
*There will not be an Amazon ebook pre-order, but it will be available on Amazon in Kindle Unlimited on release day. 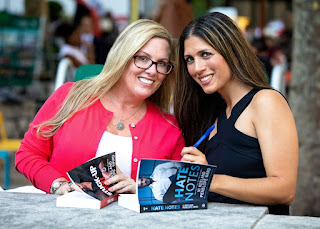 AUTHOR'S INFO:
Penelope Ward is a New York Times, USA Today and #1 Wall Street Journal bestselling author of contemporary romance.
She grew up in Boston with five older brothers and spent most of her twenties as a television news anchor. Penelope resides in Rhode Island with her husband, son, and beautiful daughter with autism.
With over two million books sold, she is a 21-time New York Times bestseller and the author of over twenty novels. Her books have been translated into over a dozen languages and can be found in bookstores around the world.
FACEBOOK  |  FACEBOOK FAN PAGE  |  INSTAGRAM  |  TWITTER  |  TIKTOK  |
Vi Keeland is a #1 New York Times, #1 Wall Street Journal, and USA Today Bestselling author. With millions of books sold, her titles have appeared in over a hundred Bestseller lists and are currently translated in twenty-five languages. She resides in New York with her husband and their three children where she is living out her own happily ever after with the boy she met at age six.