Neighbors find themselves attracted to each other and tempted to be more in this will they/won't they romance that will have readers rooting for them every step of the way.  Keep reading to get a tempting taste of Faded in Bloom by Julia Wolf, along with getting my impressions of it, then add this third installment in The Seasons Change series to your bookshelf! 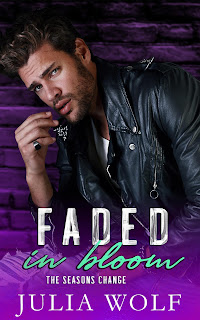 I know three things about my neighbor, Adam Wainwright.1. He liked to play his guitar on his balcony, often in his underwear.
2. He lives up to his f-boy reputation.3. He must never, ever exist outside of the Friend Zone.But the problem with number three is over the last year, he’s become my everything.Adam’s the best friend I’ve ever had. The one who pushes me to follow dreams I’d written off as impossible.We have strict lines that we don’t cross. Even when we blur them on occasion by playing you can look but you can’t touch, the lines are always there, guarding our friendship.Taunting me with possibility.Anytime he’s near, butterflies wage war in my stomach, desperately wanting those possibilities to become reality.But me and my stupid butterflies are alone in that desire.Adam Wainwright will never be mine, and I can no longer watch him be everyone else’s.I don’t know how this will all go down, but one thing I do know?I’m going to ruin our friendship. 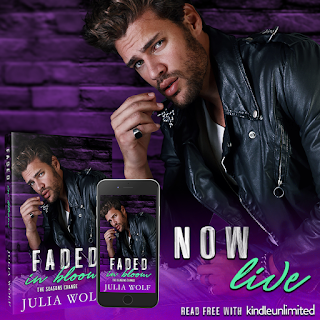 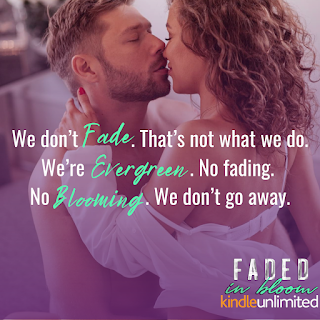 MY IMPRESSIONS OF THIS BOOK:
It was with breathless anticipation that I picked up this book!  As a fan of Adam Wainwright since the start of this series I couldn't wait to dive into his story and for the most part I found a story that captivated me even more with the outspoken, larger than life guitarist.  I was immediately drawn into the slow-burn forbidden attraction between the famous guitarist and his neighbor who happens to be the daughter of his record label's owner.  I became wholeheartedly immersed in this journey of opposites attracting, watching as misunderstandings and moments of empowerment made for a compelling read.  Ultimately I was charmed and left blushing as these two pushed each other's buttons, as they danced around what was blatantly obvious...that they were meant to be more than friends.
Adam's been a colorful and unforgettable character since the very start of this series, a man who fully embraces his single status while enjoying naughty games in and out of the bedroom with his partners.  The moment he meets his neighbor Adelaide is the moment he finds his other half in a connection teeming with sexual tension.  Early on Adam thinks he can have it all...his "Baddie" as well as his naughty moments with groupies.  But the more time he spends with Adelaide, the more tempting she becomes and the more willing he is to put his true feelings on the line.  Adam makes some missteps along the way though, frustrating me a time or two, but when it came time to grovel he did it up right.  He was there for Adelaide when she needed a hero, someone willing to protect and support her, with words and actions that had me cheering.  Adam proves himself to be more than just a wild and sexy rockstar.  Beneath the rockstar facade is a man with a kind heart, someone scared of ruining a beautiful friendship, but who proves himself to be worthy of the friend who's always been there for him.  Adelaide too is more than what she shows the world.  She exudes confidence with lots of sass, helping all those around her, but behind the facade of strength is a woman with vulnerabilities courtesy of a father who left me disappointed.
Through it all I admired Adelaide and the connection she had with Adam.  Their connection early on was one full of heart and soul, one that warmed my heart.  As time passed though things turned sizzling, feelings would no longer be denied...and that's when the angst arrived!  Heartfelt truths, moments of jealousy, and loving declarations are part of this couple's satisfying HEA as I was on the edge of my seat through the last few chapters.  As a fan of rockstar romances I found much to enjoy about this book! From the sizzling friends to lovers romance, to the flirty and heartwarming friendship, Adam and Adelaide kept me glued to the pages as I cheered them on towards HEA. Glimpses of past couples further pulled me into this story, while showing the endearing dichotomy of Adam, and by the turn of the final page I couldn't wipe the smile off my face.
My rating for this is an A.
*I got this book from the author for review in exchange for my honest opinion. 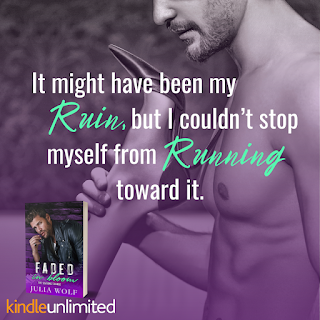 AUTHOR INFO:
Julia Wolf writes sexy rockers and badass women. She’s a huge believer in happily ever afters, no matter how complicated the road to get there is.
Julia lives in Maryland with her husband and three crazy, beautiful children. When she’s not writing romance, she’s reading it. Some of her favorite things are, in no particular order: goats, books, coffee, and Target.
***FIND LINKS TO MS. WOLF here.
at June 16, 2022