A loss, and a reevaluation of the future, collides with unexpected romance in this small town contemporary tale.  Keep reading to get a tempting taste of Return to Wylder by Maria Imbalzano, then learn even more about this book by visiting the other sites hosting this tour.  In honor of this addition to The Wylder West series fill out the form below for the chance to win a $15 bookstore GC too! 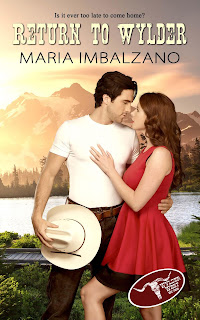 The untimely death of EJ Hampton’s father kills her dream of practicing law with him in her hometown of Wylder. Heartbroken, she now has two weeks to organize the practice for sale. When she meets her father’s millionaire client Dylan Addison, he is demanding and entitled—yet his charisma captivates her.
Dylan is under pressure to renovate the Wylder Hotel before his father pulls the plug on his project. He needs EJ’s expertise, but she is bent on returning to her life in San Francisco despite the fireworks between them.EJ walks a tightrope trying to balance Dylan’s needs against her own, but doing so is far more complicated when emotions get in the way.
EXCERPT:
He took the wine from my hand and set both glasses on the counter. “Thank you for tonight.” He placed his warm hands on my face, intense cerulean eyes keying into my soul. His lips were kissing close. All I had to do was lean in.
So I did.
The press of my lips against his started out chaste and tentative but within seconds turned hot and passionate. His tongue mated with mine, sending me swirling into an eddy of pleasure. His palms seared my waist as he pulled me from sitting to standing, our bodies aligning in a tactile embrace. I moved my hands up his solid chest, feeling the soft flannel of his shirt, the tensing of his muscles beneath. He deepened the kiss, taking my breath away. My fingers drifted up his shoulders, and I wrapped my arms around his neck, seeking the strength of his body to touch every part of me from mouth to torso to legs to toes. His sultry scent sparked my libido, arousing every cell and atom in my being.
My subconscious niggled at me to stop the freefall, but I couldn’t. Didn’t want to. This feeling sent me to the heavens, and no one in their right mind would want to leave.
BUY LINKS:  AMAZON  |  BN  | BOOKS2READ 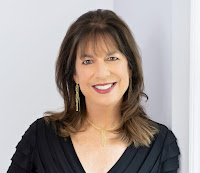 AUTHOR INFO:
Maria Imbalzano is an award-winning contemporary author who writes about strong, independent women and the men who fall in love with them. She recently retired from the practice of law, but legal issues have a way of showing up in many of her novels. When not writing, she loves to travel both abroad and in the states. Maria lives in central New Jersey with her husband--not far from her two daughters and granddaughters. For more information about her books, please visit her website where you can also sign up for her newsletter.
WEBSITE  |  FACEBOOK  |  TWITTER  |  INSTAGRAM  |  BLOG  |  GOODREADS AUTHOR PAGE  |  BOOKBUB PROFILE PAGE  |  MAILING LIST  |  AMAZON AUTHOR PAGE
**********GIVEAWAY**********
a Rafflecopter giveaway
at June 29, 2022