Book Tour for Five Dates Only by R.L. Kenderson (GIVEAWAY) 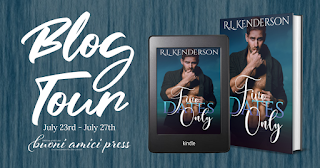 A woman helping her friend get revenge on a cheating ex ends in discovery for them and penance for her when the man’s brother gets her to be his fake girlfriend in exchange for his silence.  Keep reading to get a tempting taste of Five Dates Only by R.L. Kenderson, then add this slow-burn romance that starts off as a lie before becoming oh so much more to your bookshelf.  In honor of this standalone rom-com make sure to fill out the form below for the chance to win a print copy of this book along with 5 eBooks of the winner’s choice from Ms. Kenderson’s backlist too! 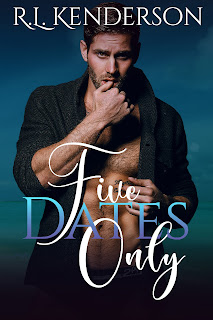 Sloan
What do you do when your best friend’s guy cheats on her?
Help her get revenge, of course.
Getting caught by his brother isn’t part of the plan. The brother’s price for not turning us into the cops? I pretend to be his girlfriend to help him close a business deal.
I’d rather go to jail than play the part of Caleb Stanton’s latest conquest, but my friend has been through enough.
Caleb
What do you do when your boss won’t sell you his store because he thinks you’re a flight risk?
Produce a girlfriend, of course.
Blackmail wasn’t normally my thing, but I’ve got less than twenty-four hours. I’d rather extort Sloan for a date or two than disappoint my boss.
We agree to a fake relationship in return for silence. We agree to act like we care about each other. We agree to five dates only. But we don’t agree to what happens next. And we certainly didn’t agree to falling in love. 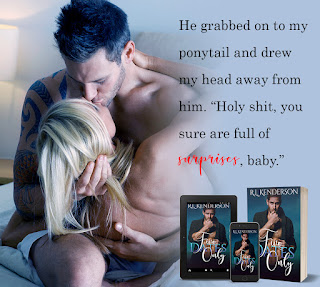 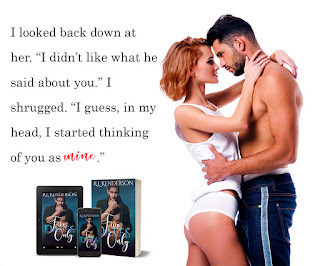 R.L. Kenderson is two best friends writing under one name. Renae has always loved reading and in third grade wrote her first poem where she learned she might have a knack for this writing thing. Lara remembers sneaking her grandmother’s Harlequin novels when she was probably too young to be reading them, and since then she knew she wanted to write her own.
When they met in college, they bonded over their love of reading and the TV show Charmed. What really spiced up their friendship was when Lara introduced Renae to romance novels. When they discovered their first vampire romance, they knew there would always be a special place in their hearts for paranormal romance. After being unable to find certain storylines and characteristics they wanted to read about in the hundreds of books they consumed, they decided to write their own.
One lives in the Minneapolis/St. Paul area and the other in the Kansas City area where they’re a sonographer/stay-at-home mom/wife and pharmacist/mother by day, and they’re a sexy author by night. They communicate through phone, email, and whole lot of messaging.