Book Tour for Life, Love, and the Pursuit of Happiness by Sandra Hill (GIVEAWAY)

Moving to a small town gives a single mother the chance to start over when she meets a sexy ex-Navy SEAL while they battle their attraction to each other under the watchful eyes of the town’s colorful denizens.  Keep reading to get a tempting taste of Life, Love, and the Pursuit of Happiness by Sandra Hill, then add this festive contemporary romance to your bookshelf.  In honor of this second installment in the Bell Sound series make sure to fill out the form below for the chance to win a previously published copy of Ms. Hill’s first festive book in this series too! 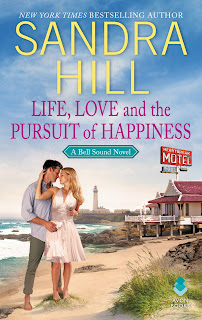 Welcome to Bell Cove, North Carolina. Independence Day may have just passed in this small Outer Banks town known for its famous bells, but one ex-Navy SEAL has a declaration of his own to make...
Merrill Good knows there are many different kinds of exciting. There’s the adrenaline rush he experienced during his years in the military. There’s the thrill of starting up his own treasure hunting company. But topping them all is the surge of exhilaration he feels every time Delilah Jones crosses his path. Smart, voluptuous, and outspoken, Delilah is a bombshell with a secret that could explode at any moment.
Since Delilah moved to Bell Cove to take over her great-uncle’s Elvis-themed diner and motel, the locals have been nothing but friendly. And that’s a problem. The moment someone gets close enough to figure out her ex-con past, her future will be jeopardized. But keeping Merrill at arm’s length isn’t easy when the rest of her body has other ideas.
Add to the mix Delilah’s little girl who fashions herself “Little Orphan Annie,” a former showgirl grandmother with a gambling problem, a whole town full of quirky matchmakers, and there’ll be fireworks long after the Fourth of July...

“Merrill, are you all right? Do I need to call an ambulance?”
Her face was so close, he could feel her breath on his lips. Like a kiss.
A breath kiss?
He liked the sound—rather, the thought—of that.
And so he did what he shouldn’t, but what he’d wanted to do since the first time he’d seen her. He put hands on either side of her face and tugged her the few remaining inches closer. Then he locked lips with her in a kiss that was sweet and seeking and innocent as a hello.
But, hello, her lips were parted in surprise...
Yay, me!
...and because fifteen years on the teams had taught him to grab any window of opportunity before it disappeared...
Seize the day!
...or because maybe she’d been wanting this as much as he had...
Okay, that’s a stretch.
Well, for all those reasons, and then some, the sweet kiss turned wicked. Wicked good. 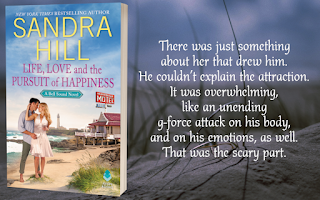 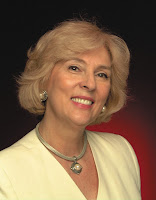 SANDRA HILL is a graduate of Penn State and worked for more than ten years as a features writer and education editor for publications in New Jersey and Pennsylvania. Writing about serious issues taught her the merits of seeking the lighter side of even the darkest stories.