A sizzling one night stand has surprising consequences in this contemporary romance of second chances that scorches up the pages.  Keep reading to get a tempting taste of Hellfire ​by K.L. Ramsey, then add this intense tale to your bookshelf.  In honor of this first installment in the Alphas In Uniform series make sure to fill out the form below for the chance to win a print copy of the first book in another series from Ms. Ramsey’s backlist too! 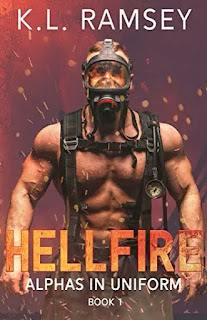 He gave me one night—one hot, steamy night. I ended up with more than I bargained for after I walked away from him. I was a fool to think that I could go back to my life in the city and just forget about the sexy firefighter. Now, I need his help—not just for my sake, but for our son’s. He’s the only person I can trust; the only one I can run to and if he turns us away, I won’t be able to keep my little boy safe.
She was my second chance at something I never thought I wanted—a family. Now she’s standing in my doorway, telling me the kid she’s holding is mine. Sure, he looks just like me and she even gave him my dad’s name, but that doesn’t make him mine. She’s not mine either—never was, but this might just be my lucky day. The only catch? I don’t believe in luck or second chances. That kind of thinking gets people killed in my line of work and I won’t end up like my old man. Hellfire will rain down before I let anything happen to them. 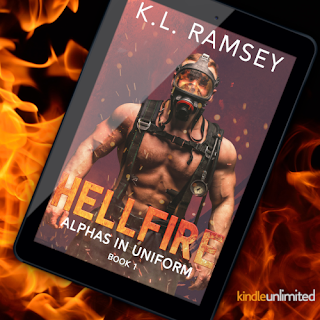 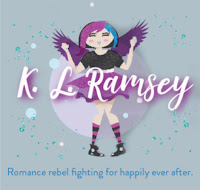