Readers will find themselves quickly immersed in this dark romance full of secrets and the power of the past on the future.  Keep reading to get a tempting taste of Violent Beginnings by J.L. Beck & C. Hallman, then add this hypnotic tale to your bookshelf.  In honor of this second installment in The Moretti Crime Family series make sure to fill out the form below for the chance to win a $25 Amazon GC too! 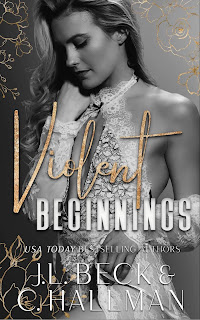 The deal was sealed the moment she stepped onto that stage.
It was like seeing a ghost. Sunshine blonde hair, pale skin, and azure blue eyes that held a thousand secrets.
I didn’t know what caused her to end up on that auction block.
And I didn’t care either.
All I knew was that I had to have her…no matter the cost.
One-million dollars later and she became just that.
Mine to break.
Mine to use.
Mine to keep.
But we all have secrets and when I discover hers no one will be able to save her from me.
EXCERPT:
“If I don’t matter to you, then why did you kill that man the other night? Why didn’t you just let him go?” I fire back. What could possibly be his excuse?
Markus’s nostrils flare, and I swear he wants to murder me. The look in his eyes tells me he’s completely done with my shit. It’s a miracle I’ve made it as long as I have. I’d have run by now, but there’s something I need from him, and also, I don’t want to die.
“I killed him because, one, you’re mine. Two, I paid good money for you, and I don’t plan on wasting that money. Three, you’re fucking mine. He came here, showed up uninvited, intending to get close to you. He’s lucky that death was the only thing he got.” The possessive tone of his voice frightens me.
He really does only see me as an object and not a breathing, living person.
FIND AT GOODREADS here. 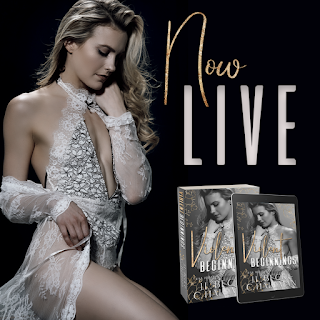 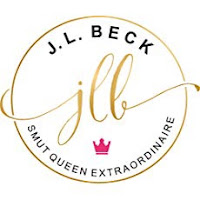 AUTHOR'S INFO:
J.L. Beck is a USA TODAY BESTSELLING AUTHOR, she has written over fifty different romance novels. She started her journey of writing back in 2014 and hasn't slowed down a second since then.
She's captivated by real romance, and loves reading about strong "ALPHA" males, as well as sassy heroines that know or may not know what they want. She is best known for delivering a happily ever after but has ended things on a cliffhanger a time or two.
When she's not typing away at her next book you can find her being a mom to her two adorable kiddos and wife to her high school sweetheart.
She's obsessed with Starbucks, social media, and is definitely more of a dog person than cat.
FACEBOOK  |  TWITTER  |  INSTAGRAM  |  NEWSLETTER SIGN-UP  |  GOODREADS AUTHOR PAGE 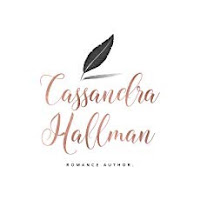 Born and raised in Germany, Cassandra Hallman moved to the United States when she was eighteen. She always had a love for reading, that love slowly transpired into writing. She put fingers to the keyboard and started writing about the dark side of romance.
Cassandra is one half of the international bestselling author duo Beck & Hallman, who are most known for writing the Northwood University series.
The pair also write under the pen name Jenna Reed.
FACEBOOK  |  GOODREADS AUTHOR PAGE  |  INSTAGRAM  |  BOOKBUB |  TWITTER
**********GIVEAWAY**********
a Rafflecopter giveaway
at November 29, 2020