It’s an engaging romance between a man trying to start over and a woman trying to prove herself in this sensual romance set in the hockey world.  Keep reading to get a tempting taste of Defending Dani by Kat Mizera, along with my impressions of this book, then add this first installment in the Alaska Blizzard series to your bookshelf too! 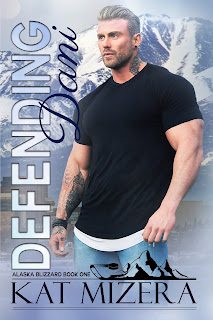 Professional hockey player Sergei Petrov has had a rough time after the tragic loss of his wife. Playing hockey and taking care of his son are all he has time for, all he wants. Getting traded was not on the agenda. Neither was a sexy, hockey-playing nanny to further complicate things.
Star college athlete Danielle Cloutier may dominate the rink, but off the ice, she’s an amateur. She has been trying to get rid of her virginity for years, but guys are always intimated by her strength. That’s about to change when she meets her new boss.
Chemistry between them sizzles, hot enough to melt the most frozen of hearts, but Danielle can’t afford to get attached. Not when she’ll be leaving soon.
Sergei doesn’t know what to do with the sexy, stubborn woman, but watching her turn his new house a home makes him wonder if she’s exactly what he needs. Can he come to terms with his feelings before she skates out of his life for good? 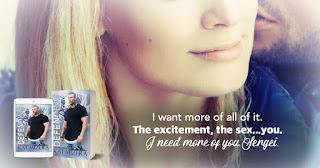 It’s a romance full of heart and soul found amongst the pages of this book.  It’s also a tale of second chances and finding love when you least expect it in this charming series starter.

Sergei Petrov’s been unlucky in love with a disastrous first marriage when he was too young to becoming a widow with the death of his wife right before his eyes.  He carries guilt over it all and is determined not to make the same mistake again when it comes to love and marriage.  He’s closed off his heart, focusing instead on his new team and his adorable son.  Meeting the strong-willed Dani reawakens his heart in a romance both sweet and sexy that endeared him to me.  With a time limit on their relationship though he soon finds himself on the cusp of heartbreak yet again in a conclusion that balanced dreams with a romantic HEA.  Sergei’s super sexy and supportive.  He encourages Dani in her quest for Olympic gold while dealing with his growing feelings for her.  He doesn’t want to hold her back but it’s clear how much he wants her in a romance that pulled at my heartstrings.  I adored Sergei with Niko and the softer side their interactions brought out in him.  Along with a sweet side is a sensual one that made his interludes with Dani combustible. Their interludes were hot yet playful and all these various views of Sergei made me fall for him completely.

Dani Cloutier’s an immensely appealing heroine and I applaud Ms. Mizera for creating such a compelling female athlete.  She’s tough, focused, yet easy to relate to.  She’s smart, knows what she wants, and goes after it wholeheartedly. Not only does she desire a hockey career but she also desires to get rid of her virginity...and Sergei seems perfect for both jobs.  They have much in common, both on and off the ice, and I enjoyed their slow burn that let them build their connection one page at a time.  Theirs is a crackling connection, and with Niko by their side, there’s a strong familial vibe that will pull at reader’s hearts as Dani struggles with deciding where HEA truly lies.

This was a delightful series starter introducing us to a new hockey team in Ms. Mizera’s world.  It’s a group of appealing teammates that left me with all sorts of temptations that have me eagerly awaiting the next installment in the Alaska Blizzard series.  Dani and Sergei definitely left their mark though and I loved the support they gave to each other.  Their connection was scorching yet playful, both on and off the ice, and it was a good balance that kept me turning the pages in rapt anticipation.  I don’t normally care for children in romances but Niko won me over and brought a smile to my face in interactions that brought out an endearing side to both Sergei and Dani.  On a whole this was an entertaining read that fans of sports romances will thoroughly enjoy.  Ms. Mizera gave center stage to the female athlete too and it made this story even stronger as Dani showed that you can be both feminine and athletic and it’s just the message we need right now. 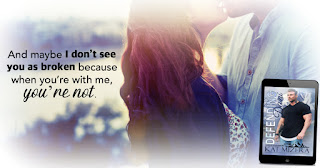