A young woman unaware of her family's business finds her romantic life turning rocky as two men vie for her attention in this contemporary, New Adult tale.  Keep reading to get a tempting taste of Mafiosa Princess by Liza Malloy, then discover even more about it by visiting the other sites hosting this tour.  In honor of this first installment in the Mafiosa Princess series make sure to fill out the form below for the chance to win a $10 bookstore GC too! 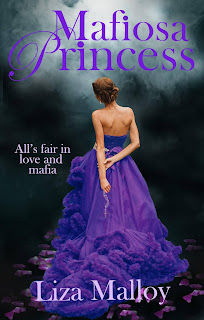 Two men love her. But only one truly knows her.
College Junior Giada Conti wants nothing more than to pursue a normal life fueled by her own choices. Unfortunately, she doesn’t realize her father’s business isn’t completely lawful, or how that fact will completely dictate her future.Pre-law student Adrian Patras is certain Giada is the perfect woman for him, until he meets her family and grasps the extent of his girlfriend’s naivete.As Adrian finds himself unwillingly pulled into the family business, Giada grows frustrated with his insinuations about her father. Meanwhile, Giada’s ex, the notorious Luca Marino, pops back into her life with his own criminal agenda that includes winning her back.Mafiosa Princess is the captivating first book in the steamy mafia romance series that you won’t want to put down.
EXCERPT:
As my eyes adjusted to the darkness of the room, I stared at his face. Luca looked so peaceful in his sleep, not to mention handsome. His bold, dark features relaxed as he dozed, leaving only a cluster of impossibly thick eyelashes and full lips for me to stare at.
Nothing I’d learned made sense.
I’d known Luca as a kid. I’d stared at his face before he was old enough to shave it. I’d fallen in love with him—and his beautiful face—before he’d gotten the scar just above his left cheekbone. I’d long since memorized every detail of his stupid, perfect face.
I’d thought I knew everything about Luca. One week ago, I would’ve said I knew him better than I knew anyone else.
Now, I wasn’t sure I knew him at all. I had thought he was intense, but passionate. Possessive, but adoring. Cocky, but self-loathing. I never believed he was perfect, but I sure thought he was perfect for me.
Now I realized I had no idea what horrors he might be capable of.
I started to recite the prayers of the rosary, certain I’d never fall asleep, not with the man who’d lied right beside me. Except somehow, I did.
When I awoke, the sun was up, and Luca was gone. My stomach was still filled with dread.
What was the point of knowing Luca wasn’t the man I’d thought he was if there was nothing I could do about it? 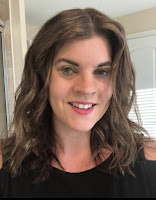 AUTHOR INFO:
Liza Malloy writes contemporary romance, women's fiction, new adult romance, and fantasy. She’s a sucker for alpha males, bad boys, dimples, and muscles, and she can’t resist a man in uniform. Liza loves creating worlds where the heroine discovers her own strength and finds her Happily Ever After. When Liza isn’t reading or writing torrid love stories, she’s a practicing attorney. Her other passions include gummy bears, jelly beans, and the occasional marathon. She lives in the Midwest with her four daughters and her own Prince Charming. Her books are available in paperback and ebook, and can be found on Amazon, iBooks, Barnes & Noble, Kobo, Google Play, and more!
WEBSITE  |  TWITTER  |  FACEBOOK  |  INSTAGRAM  |  PINTEREST  |  GOODREADS AUTHOR PAGE  |  AMAZON AUTHOR PAGE
**********GIVEAWAY**********
a Rafflecopter giveaway
at December 06, 2021