Life will change irrevocably for a man who thought he'd never find the woman who kissed him senseless on New Year's Night, but Fate has other ideas in this contemporary romance of changing plans in the name of love.  Keep reading to get a tempting taste of Their New Year's Beginning by Michelle Major, then learn even more about this book by visiting the other sites hosting this tour.  In honor of this first installment in The Fortunes of Texas: The Wedding Gift make sure to fill out the form below for the chance to win a $20 bookstore GC too! 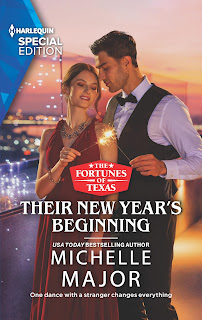 At the stroke of midnight, a stranger’s kiss changes everything...
Brian Fortune doesn’t think he will ever find the woman he kissed at his brother's New Year's wedding. So when the search for the provenance of a mysterious gift leads him into a local antique store a few days later, he's stunned to find Emmaline Lewis, proprietor—and mystery kisser! Surprise turns to shock when he realizes that she's also six months pregnant. Brian has never been the type to commit—and he’s really not ready to become a family man in one fell swoop! But suddenly he knows he’ll do anything to stay at Emmaline's side—for good...
EXCERPT:
I do need you. So much. Emmaline’s heart pounded with all the things she wanted to say to him. But those things would just make her look like a bigger fool. She’d already let her heart stay in the lead for far too long.
“I’m a soon-to-be single mother living in a small town in Texas.” She pointed a finger at him. “You’re a big-city bachelor who likes your freedom and your uncomplicated life. I’m a box of complications, Brian.”
“The past month has seemed simple enough to me,” he murmured. “Why does that have to change?”
Because I’m in love with you, she wanted to scream. But she didn’t. It was bad enough that she felt as though she was dying on the inside. She couldn’t bring herself to invite outright rejection from him. If he wanted more, he’d tell her.
“We’ve had fun,” she said, which was only a tiny bit of the truth between them. “I’ll keep up the research on the sculpture and let you know if I find anything.”
“That’s it?” He blew out a long breath.
“Is there something more?” she asked, hoping beyond hope that he’d give her some sign that her fears weren’t founded. All she needed was one tiny reason to launch herself into his arms and ask him to stay.
Their gazes held, and she could almost feel the current of electricity running between them. Emmaline wanted to believe that Brian would tell her something more. That he would give her what she needed to hear, the admission of love she was too afraid to say to him. 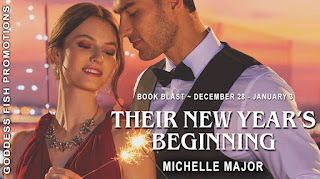 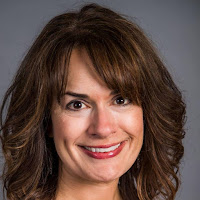 AUTHOR INFO:
USA Today bestselling author Michelle Major loves stories of new beginnings, second chances and always a happily ever after. An avid hiker and avoider of housework, she lives in the shadow of the Rocky Mountains with her husband, two teenagers, and a menagerie of spoiled furbabies. Connect with her at www.michellemajor.com
FACEBOOK  |  INSTAGRAM  |  GOODREADS AUTHOR PAGE  |  BOOKBUB
**********GIVEAWAY**********
a Rafflecopter giveaway
at December 30, 2021