Book Cover Reveal for Royally Not Ready by Meghan Quinn…….

It's a modern-day spin on an average girl discovering she's royalty with the upcoming release of this enemies-to-lovers tale that will put a smile on reader's faces while providing a few blushes along the way.  Keep reading to get a tempting glimpse of Royally Not Ready by Meghan Quinn, then learn even more about this book while counting down the days until this sexy rom-com hits bookshelves on August 9th! 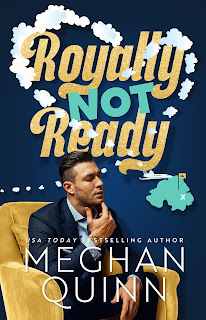 So there I was selling bikinis out of my truck in South Beach Miami, getting ready to kick off a wet t-shirt contest when the world’s biggest grouch approached me - Keller Fitzwilliam.
The man had the sultriest British accent I've ever heard. And he looked like he just walked off a Viking boat and into a suit tailored specifically for his impressively muscular frame. Only problem is, he had the warmth of an ice pick and he kept telling me he was here to take me back to his home country.
Of course, I didn't follow him. I might be up for a good time, but I'm also educated enough to know leaving with a stranger isn't smart. Well, that's until he mentioned my mom's name. My mom who passed away several years ago.
So after some serious fact-checking, my bikini-clad bum went with him to a sub-arctic country I had never heard of just north of the British Isles, where I found out my grandpa was the king of said freezing country, and I was the one and only heir.
Desperate to learn more about my mom, I decided to give this princess thing a chance.
Good idea, right? Wrong.
Because Mr. Ice Pick was put to the task of training me and he’s not just cold as ice, he’s pompous, aggravating, and possessive. And did I mention we have to share a bathroom in a tiny castle?
We are oil and water every single day and even though he’s training me to be queen, I have this simmering desire to kneel before him. 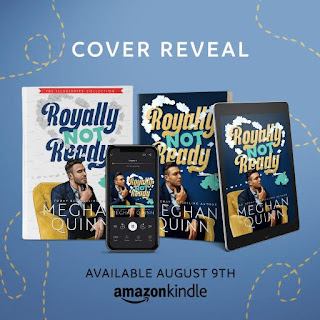 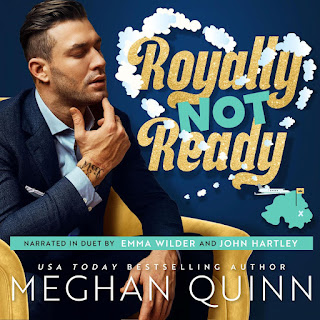 **Emma Wilder and John Hartley are narrating this steamy, royal romance in duet, and they are fabulous as Keller and Lilly! ROYALLY NOT READY will be released on August 9th in a live release on Audible!** 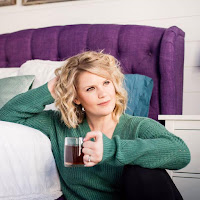