A memorable first meeting leads to romance for two people living in the cutthroat world of acting and trying to overcome preconceived notions on the road to HEA.  Keep reading to get a tempting taste of One Wild Ride by A.L. Jackson and Rebecca Shea, along with my impressions of this charming romance, then add it to your bookshelf.  In honor of this second installment in the Hollywood Chronicles series make sure to fill out the form below for the chance to win a $25 Amazon GC too!

Here’s a word from the authors...Hi, my loves!!! ONE WILD RIDE is here!! I love this book SO much. It's sexy and fun and flirty, and it's got a ton of emotion and depth, too - seriously, guys, this is what rom-coms are made of!!! Rebecca Shea and I had the best time working on this collaboration together - we laughed our asses off as we talked about Kas and his over-the-top, cocky pursuit of the gorgeous Elle. Get ready to fall for these two! 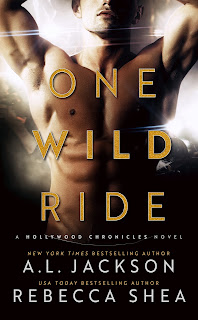 Elle Ward, daughter of Hollywood’s hottest director, has sworn off actors for life.
She knows their games and she refuses to play them.
That is until the day she collides with one of LA’s most promising actors.
Kas Cowen isn’t looking for love until it literally runs him down.
One look at Elle and he’s hooked.
He crashes into her life and flips it upside down.
Now he has to convince Elle he’s more than just a pretty face.
Little did they know they were up for one wild ride... 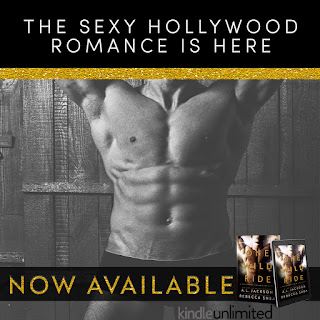 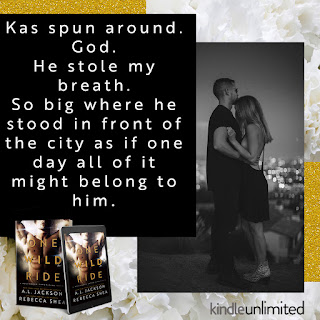 After a memorable first meeting, two people find themselves drawn together in this charming and sexy romance full of witty banter and a Big Misunderstanding.  With a hero who’s near-perfect, and a heroine full of trust-issues, it’s a sweet yet bumpy ride to HEA in this second installment in the Hollywood Chronicles series.  By the turn of the final page you’ll be left cheering and wondering when their story will hit the big screen.

Elle Ward enjoys the wealth of being the daughter of a famous director, but it’s not always sunshine and roses as others in her life have used her as a steppingstone which has left her full of mistrust.  After being dumped, and feeling used, Elle’s sworn off men who want to be actors but soon finds herself in close quarters with the likable underwear model harboring bigger dreams.  Caring for Kas after she hit him with her car leads to lots of heartfelt talks and sweet actions by him in a carefree romance that charmed me.  Just when he convinces her to leave the past in the past though, a Big Misunderstanding arrives that left me frustrated and disappointed in her.  Luckily, her friends and family are there to help her see the truth in an immensely satisfying conclusion.  Elle’s your average heroine with a good friend (the heroine from the previous book in this series), a supportive family, a good job, but she’s been left bruised by betrayal.  She’s likable and caring, which leads her to caring for Kas during his recovery.  From the moment she met Kas she treated everything he did with distrust though and didn’t allow herself to live wholeheartedly out of fear.  Being with Kas had her opening up more, embracing the temptation he offered her, and it made for an entertaining journey.  Her Big Misunderstanding dimmed my view of her late in the story as she immediately assumed the worst despite Kas proving himself worthy time and again.

Kas Cowen always knew he was destined for fame which is why he left his hometown behind to get to LA where he’s now on the cusp of getting everything he wants after becoming an underwear model.  He’s hoping for something more though and getting to audition for a famous director will help him reach the top.  Getting hit by a car causes a slight detour to his plans, as does the burgeoning feelings he has for the woman who hit him with her car.  Throughout his recovery he charms Elle, shows her a life full of love and a sense of home.  He’s a bit snarky, a lot playful, and his words and deeds warmed my heart.  Kas knew early on that Elle was for him and every action throughout the story showed how much she was in his thoughts and his sexy/sweet personality endeared him to me.

This was a quick read with good flow and fun and flirty banter.  Kas and Elle had a crackling connection and it was a slow burn to reach their HEA but it kept me glued to the pages from the very beginning.  They were a couple teeming with sensuality and once they gave in to each other readers were treated to some hot interludes that were balanced with deep emotion.  While the heroine disappointed me late in the story she quickly redeemed herself, making her someone I could be friends with.  Kas is the quintessential book boyfriend through his charming banter, sexy looks, and devotion to the one woman he knows is for him.  Though this story revolves mostly around the main couple, I enjoyed the time spent with other characters as they were a much-needed support to Elle as she tried to make things right.  On a whole this was a satisfying read that once again shows this writing duo to be dynamic and I’m left counting down the days until their next book. 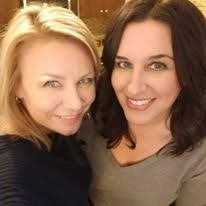 A.L. Jackson and Rebecca Shea are bestselling authors residing in Arizona. After being writing partners for five years, it only made sense that they'd put their minds together to bring their readers something fun, flirty, and sexy.