Book Release Blitz for Getting Off Easy by Erin Nicholas (REVIEW)

Readers will find themselves drawn to this sensual tale of opposites attracting, a couple brought together by a baby left on their doorstep in a romance teeming with sexual tension.  Keep reading to get a tempting taste of Getting Off Easy by Erin Nicholas, along with my impressions of it, then add this fourth installment in the Boys of the Big Easy series to your bookshelf! 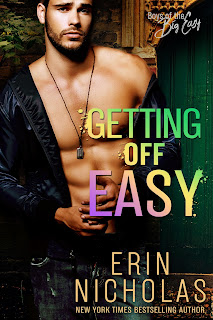 New Orleans firefighter, James Reynaud’s true love is hanging out in the jazz clubs on Frenchmen Street and playing piano with some of the best musicians in the city. But driving his cute, bookworm neighbor Harper Broussard crazy is right up there on his list of favorite things.
The buttoned-up linguistics professor across the hall is a little older, a lot smarter, and way too good for him. And she knows it. But wow is she beautiful when she blushes.
She’s equally gorgeous when she’s saving his butt. Because now things just got serious. A baby has been, literally, dropped off on his doorstep and to say he’s in over his head is an understatement. Not that Harper knows anything about babies either. But at least they now have something in common. 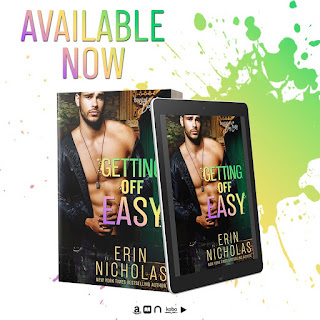 For those who’ve read the Boys of the Big Easy series before this new release will be like revisiting family with getting an update on beloved characters and previous HEAs.  For those who are new to this world you’ll find yourself quickly captivated by this sweet and sexy tale of opposites attracting.  From the first page to the last you’ll find a charming storyline and a crackling couple who are oh so good together despite their differences.

James Reynaud is a sexy and charming firefighter, dependable and supportive, someone who always seems to get what he wants when it comes to women.  Women are drawn to him and he’s had numerous relationships over the years, but when it comes to the slightly-older Harper he feels uncertain as she’s nothing like the women he normally falls for.  Because of that theirs isn’t an easy road to HEA as they spend some time dancing around each other, dealing with all the roadblocks fate throws their way.  The biggest issue he needs her help with involves a baby left on his doorstep, a baby whose past is a mystery that is dealt with during the latter part of the book in a satisfying mystery that brought them even closer together.  From the first page to the last I found James utterly endearing, a bit flirty, with a quick and easy smile.  He’s nurturing too and was the perfect person to take care of a baby as I loved the soft side it brought out in him, a side that made him even more manly in my eyes.

The baby was also the perfect lure to bring Harper Broussard fully into James’s life.  To herself and the outside world Harper is an intelligent, clinical college professor who plans for everything.  Her attraction to James though wasn’t planned for and it throws her for quite a loop as she fought her attraction from the start and had him jumping through a few hoops along the way.  She’s also rather inexperienced when it comes to men, preferring romance books to reality, which has her overthinking their connection at times.  She never saw herself as nurturing either but caring for the baby alongside James brought out a gentle and caring side to her, a side she thought herself incapable of. With each turn of the page I grew to like Harper even more, I liked seeing her become more empowered and self-assured in a relationship that made both of them better.

This was a fast-paced story with a near-perfect hero and a heroine who’s very worthy of him.  Their connection is crackling with an entertaining dance of opposites attracting that had me turning the pages frantically.  Along with a sweet and sensual romance was a bit of suspense that nicely kept me on edge in a HEA that was tied up beautifully courtesy of an epilogue full of heart and soul.  Alongside the delightful main couple were the couples from previous installments.  I loved their playfulness and their support, a feeling of family that they engendered and that brought a tear to my eye.  This story was a wonderful way to end Ms. Nicholas’s satisfying series, and after a quick re-read of these four books, I look forward to what comes next! 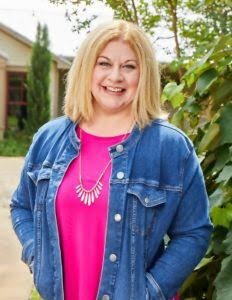