Book Teaser for Walking the Line by Janine Infante Bosco

Fans of MC-fueled romances rejoice today with this glimpse of an emotionally intense tale that brings together two very different people in an unforgettable romance.  Keep reading to get a tempting taste of Walking the Line by Janine Infante Bosco, then add this third installment in the Satan’s Knights Prospect Trilogy to your bookshelf when it releases on February 18th! 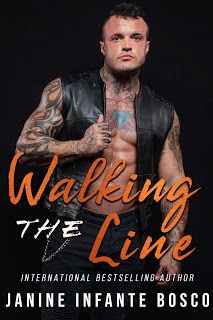 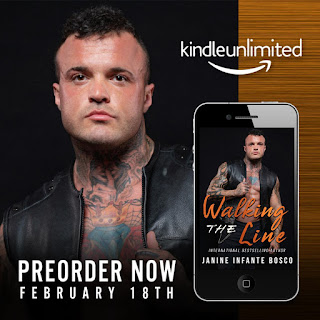