Two agents with wolf abilities keep them hidden out of fear of their teammates' distrust, but find themselves making a connection while working on overlapping cases in a sensual and suspenseful story. Keep reading to get a tempting taste of Undercover Wolf by Paige Tyler, then start counting down the days until this book hits shelves on May 25th.  In honor of this second installment in the STAT series make sure to fill out the form below for the chance to win 1 of 2 sets of Sourcebooks May releases too! 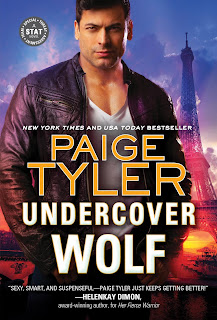