From the very first page readers will find this an exhilarating and sensual paranormal romance set in the world of shifters as neighbors slowly become something more. Keep reading to get a tempting taste of The Wolf Wore Plaid by Terry Spear, then add it to your bookshelf.  In honor of this sixth installment in the Highland Wolf series make sure to fill out the form below for the chance to win 1 of 3 sets of the April 2021 releases from Sourcebooks Publishing too! 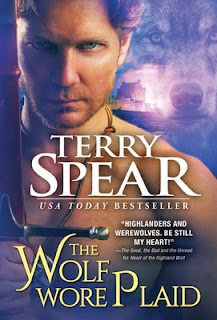