As a disabled person myself I'm drawn to books dealing with this theme which is why I'm excited to give you a glimpse of this upcoming release.  Keep reading to get a tempting glimpse of Boldly by Elise Faber, then count down the days until this second installment in the Breakers Hockey series hits bookshelves on August 31st! 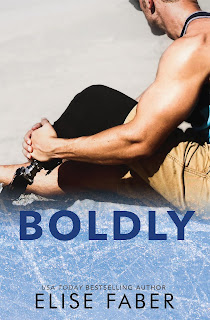 One second, he had everything.
The next, it was torn away.
Oliver James was at the peak of his career, captain of the Baltimore Breakers, minutes away from winning another Cup. Then one hit had derailed all that.
All he’d ever known was hockey, and he didn’t know where he fit in a world where playing was no longer a possibility. But then he was offered a chance to bring hockey back into his life. A shot at starting over.
The only condition of that second chance was required meetings with the team psychologist, Hazel.
She was exactly the kind of woman he might have once lusted after—beautiful, kind, a body that screamed sex. She made him feel whole, like a man again.
Except, she wasn’t interested in him outside of being a patient.
Well then, Oliver would just have to convince her otherwise. 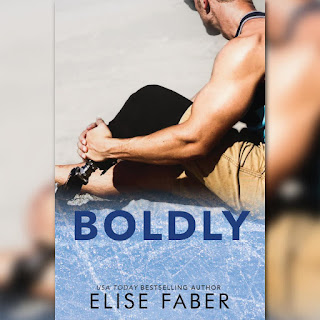