Readers will find this an entertaining and endearing m/m romance involving roommates becoming unexpectedly more.  Keep reading to get a tempting taste of Undone by Leslie McAdam, then this 18th installment in the Vino & Veritas series to your bookshelf! 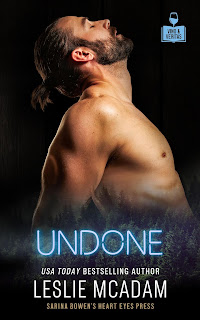 My new roommate has the worst taste in men.
I mean, Murph’s special. He’s funny and flamboyant and full of life.
While I’m straight, even I can tell these guys aren’t good enough for him.
I had to yell at one date, toss another one out the door, and throw a beer in another’s face.
Kind of embarrassing, really. I don’t know what’s gotten into me.
I ask my sister what’s wrong with me and she says I’m jealous.
Jealous? Please. Me?
Come on.
Only thing is, I hate the thought of Murph kissing any guy. Ever.
Except, maybe...me?
Undone is a contemporary m/m romance about a dreamy insurance agent that might not be as straight as he thinks, an adorable bartender who adds sparkle wherever he goes, and maybe one or two jokes about swords. 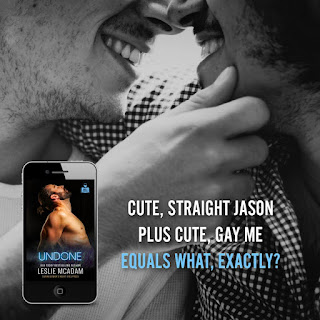 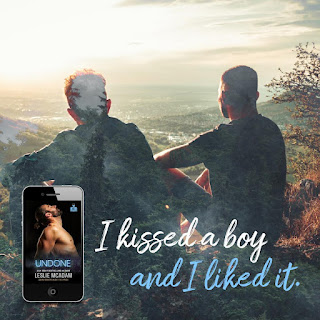 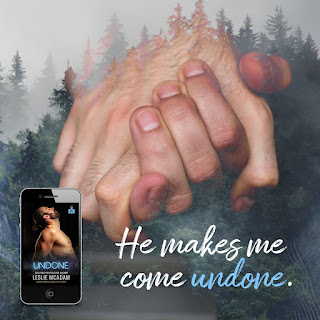 AUTHOR INFO:
Leslie McAdam is a California girl who loves romance and well-defined abs. She lives in a drafty old farmhouse on a small orange tree farm in Southern California with her husband and two small children. Leslie's first published book, The Sun and the Moon, won a 2015 Watty, which is the world's largest online writing competition. She's gone on to receive additional literary awards and has been featured in multiple publications, including Cosmopolitan.com. Her books have been Top 100 Bestsellers on both Amazon and Apple Books. Leslie is employed by day but spends her nights writing about the men of your fantasies.
FACEBOOK AUTHOR PAGE  |  TWITTER  |  WEBSITE  |  AMAZON AUTHOR PAGE  |  GOODREADS AUTHOR PAGE  |  FACEBOOK READER GROUP
at August 12, 2021