Readers will find themselves on a rollercoaster ride as two long-time lovers find their lives getting even more complicated when the big city invades their hometown.  Keep reading to get a tempting glimpse of Sweet Ugly Lies by Nazarea Andrews, with its suspenseful m/m romance, along with my impressions of it.  Once you get a taste you'll want to add this third installment in the Green County series to your bookshelf! 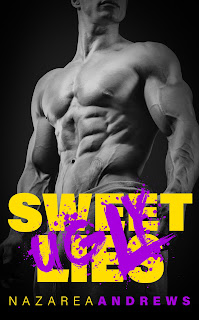 Gabriel Delvin is three things: a problem, a liar and irresistible.  Elijah Beasley's known that for years.  He knew before they slept together, and he knew when he walked away from Gabe, unwilling to put up with more lies.  The problem is he keeps going back.
Elijah Beasley is three things: a cop, a f*cking problem, and Gabe's.  Gabriel Delvin's known that for as long as he can remember.  It's why they fell into bed together, and why Gabriel stayed in Green County, when all sense said to get out.
But as the underbelly of crime in Green County comes boiling to the surface, Gabe is forced to choose between the man he’s always loved and the family he can’t help but be loyal to.
Love has never been the problem, for these two.
It just might not be enough, this time…

I like running.
Which is really ironic because I’m the one who never ran. I stayed here, got the degree and the good job and did what foster mother’s asked on weekends, filled up my time and my loneliness with all the shit that kept me from thinking too much.
It was loud in my head, and I didn’t like the shit that happened there, when I slowed down enough to hear it.
So I run.  Every morning. Archer calls me a freak and Hazel smirks but occasionally she’ll run with me. Gabe curses me when I crawl out of his bed, tries to drag me back with wet kisses and obscene promises—and it works, sometimes.
Gabe is very good at shutting up the voices in my head too.
Except the days when I’m running from him.
The problem with Gabe is that every time I ran, I came back.
Gabe was my touchstone. He’s the one who never left, and it was as reassuring as it was terrifying.
Hazel and Archer should be my touchstones. They’re the ones who wrapped themselves around me in the aftermath of the plane crash. Gabe was a laughing, lying joke. He took nothing serious, worked in his pajamas in his kitchen, lied almost as often as he opened his mouth, and fucked like a god.
And he stayed.
I should go to him. It’s been two months and six days since I left his bed, too angry at another lie to stay. And he’d let me, hadn’t explained or fast talked his way back into my good graces. He hadn’t gone out of his way to avoid me, but he didn’t engage either.
No jokes.
No smiles.
No, “Heeeeey, Officer,” with a lewd smirk.
Nothing.
And I missed him.
So I ran and I tried not to think about why my path took me past his house, or why it bothered me that his truck was missing. Tried to not think about how much I wanted to jog up and use the key in my sock to let myself in and crawl into his bed.
I turned away and I kept running.

After a rocky start readers will find themselves hanging on for dear life as big city problems invade a small town and complicate the relationship between long-time lovers afraid to commit.  As lies start adding up the future gets murky as familial bonds weigh on future love and life as readers once again take a trip to Green County.

Gabe's life has been a mess since the day his father left him and his brothers behind.  With unending conflicts between him and his older brothers there were very few bright spots, among those were his friend Hazel and her family as well as Eli.  Eli's been his friend since they were young and his lover for over twenty years.  It's a combustible relationship that borders on anger and eroticism as Gabe's lies push them apart while their love for each other pulls them back together over and over.  It's a relationship that's been rocky as Gabe's past has him relying on those lies to keep himself and Eli safe from their true feelings and the danger surrounding his older brother Lucas.  When Lucas returns home to recover from a war raging throughout Kansas City he brings the danger with him and leaves Gabe no choice but to help him out of loyalty which complicates his and Eli's relationship even further.  Gabe's stuck in a tough position which made me sympathetic towards him despite how frustrated I was with him too. He's extremely loyal to his family but he knows Lucas is nothing but trouble as he showed an unsettling nasty side throughout their childhood.  He wants to protect Eli from the danger surrounding Lucas but he's hurting him too by treating him as a constant one-night stand.  As his brother's lifestyle starts to put a permanent wedge between him and Eli he'll be forced into revealing all and hope that Eli won't walk away for good this time.

Eli's always been close to Gabe, both through their families and through their hearts, but theirs is a relationship that's been fraught with highs and lows.  A past relationship of Eli's that led to his drug addiction and left his police career in jeopardy was just one of the lows that adds to his anger each time Gabe lies to him.  Despite all the lies though he's drawn to Gabe and Gabe's unending support is something that warms his heart and has him coming back for more. When Gabe finally reveals all the dark truths about his brother it changes both of their lives irrevocably, putting their hearts and lives on the line, in support of Lucas.  That support puts them in the middle of a war that's no longer relegated to just KC as Green County is now caught in the crosshairs.  Eli's always felt like a failure when compared to his older brother and it's fueled a lot of his choices.  He's likable though and I felt sympathetic towards him as Gabe's push and pull wore on his heart and soul.  When everything came to a head though Eli proved his true worth in sacrificing all for Gabe in a journey that led to lots of bloodshed and more lives hanging in the balance.

The narrative of this book started off very rocky with lies and anger overshadowing everything.  There was a choppiness which made for a very slow start that thankfully picked up in the latter half of the book.  It was a bit confusing too as a lot befell these characters throughout the previous installments, colored the relationships we see here, and often left me guessing as to how it all tied together.  All-in-all it's a story that's very rough around the edges.  What kept me invested though was the complicated relationship between Gabe and Eli, a relationship battered by Gabe's loyalty to Lucas, and a sense of loyalty I could relate to.  It's a relationship full of dysfunction but at its core they both love and support each other in a sweet and scorching connection. The other characters inhabiting this world were a good support system to the main couple, called them out when needed, but truly wanted what's best for them as friends and family.  The most compelling part of this book for me though was Lucas, the Delvin brother who was always trouble and who left home to make something of himself.  Lucas definitely succeeded in making a name for himself in Kansas City, but it's a life that's coming apart at the seams as danger's now his constant companion.  The threat to Lucas was gritty and is starting to exact a very high cost.  I'm intrigued by how things will evolve for the black sheep of the family as he's left the safety of his hometown behind to set himself on a path towards vengeance.  Ultimately this book gave readers an erotically-charged romance between two men carrying the weight of the world on themselves set amidst an exhilarating backdrop of gritty suspense.  While it's not a great book, it's a book that has me wanting to come back for more!

THE PREVIOUS INSTALLMENTS IN THE GREEN COUNTY SERIES... 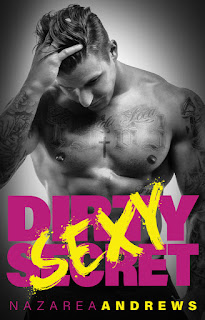 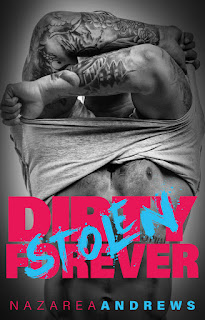 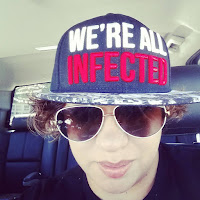 Nazarea Andrews (N to almost everyone) is an avid reader and tends to write the stories she wants to read. Which means she writes everything from zombies and dystopia to contemporary love stories.
When not writing, she can most often be found driving her kids to practice and burning dinner while she reads, or binge watching TV shows on Netflix. N loves chocolate, wine, and coffee almost as much as she loves books, but not quite as much as she loves her kids.
N is a self-professed geek and enjoys spending her spare time lost in her favorite fandoms and can often be found babbling about them on social media.
She lives in south Georgia with her husband, daughters, spoiled cat and overgrown dog. She is the author of World Without End series, Neverland Found, Edge of the Falls, and The University of Branton Series. Stop by to see her on twitter and tell her what fantastic book she should read next.