Book Tour for The Tempest by Brit Constantine (Review & GIVEAWAY)

It's a battle of the sexes between a boxer and an internet superstar, both carrying their own emotional baggage.  Keep reading to get a tempting taste of The Tempest by Brit Constantine, along with my impressions of it, and learn even more about this book by visiting the other sites hosting this tour.  While waiting for the May 26th release of this scorching and humorous romance make sure to fill out the form below for the chance to win a $50 Amazon GC too! 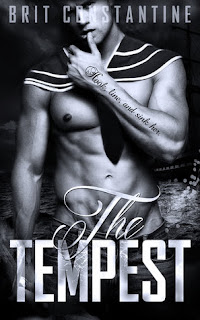 They call him “The Tempest."
England’s most feared heavyweight-boxing champion.
He despises the fame and glory, but it’s nothing compared to the hate he inflicts on himself. All he wants is to be left alone to live on his boat in misery.
When I line up for his autograph, it’s instant fireworks. But not the beautiful stars-shine-bright kind.
He’s rude. Heartless. A ticking time bomb of rage.
Luckily, I’m not afraid to put a lit match to his fuse.
I upload a private video of him to my one-million-subscribers channel. The video goes viral.
The ex-Royal Marine nearly breaks down my studio door to flag me inappropriate...
…while I’m in the middle of a live streaming event.
I don’t tell him. I don’t switch off the camera. I keep recording, secretly playing to my audience. He should have checked if the camera was rolling, right?
It should be a shipwreck from the moment the storm hits.
It is.
And then … it isn’t.
Our attraction is painful, undeniable, and it’s like I am Eve and his lips are the apple, and damn if his tongue isn’t the snake.
I am the only girl who can put this broken man back together again.
But he knows the secret he is keeping will tear us apart. He knows it’ll force my hand to break ties with the only family I have left in the world.
But once The Tempest, the man with the iron heart, falls in love … he’ll crush anyone who dares to take me away from him.
I have no choice but to go down with his ship.
Hook, line, and goddamned sinker.

BUY AT AMAZON ON MAY 26TH here.

Readers looking for a romance that has it all will find this an unforgettable read full of heart, soul, and bits of humor.  From its delicious yet emotionally bruised boxing hero to its outspoken and shameless heroine, readers will find themselves quickly consumed by their romance full of emotional baggage and scorching encounters.

Felicity is a successful vlogger who's become obsessed with Lenic "The Tempest" as she surreptitiously watches him and his rippling body from afar.  Not content to stay on the sidelines she makes a dramatic play for him that ends in anger and frustration.  That's just the beginning though as they continue to battle each other, and discover more about each other, in a combustible relationship that slowly evolves into a commitment.  Their journey isn't without bumps though as the self-esteem issues she hides behind a bold facade start to come out of hiding when Lenic's walls become stronger.  There's also animosity between him and her pseudo brother West which leaves her stuck in the middle and torn over loyalties.  Through it all Felicity's an appealing heroine, strong-willed despite her childhood of abuse, who goes after what she wants wholeheartedly.  She's bold, outspoken, and embraces her sexuality in encounters that have her jumping Lenic whenever she's in his presence.  She's a loyal friend and watches over those who are hurt by those who are stronger. She's an ideal match for Lenic as she drags him from his self-inflicted darkness through her brash comments and bubbly personality.

Lenic's on the cusp of fame with an upcoming boxing match weighing on him while trying to keep focused on his training.  Meeting Felicity though is anything but calming as she pushes every one of his buttons.  For so long he's been punishing himself for an act of rage done years ago, keeping himself from living fully over a heartbreaking loss that he can't get over.  Being around Felicity doesn't allow for hiding any longer as her actions bring out an equally fiery reaction in him.  Being with her brings him joy and a desire to finally make a life for himself.  Being with her brings out a sweet and sexy side to him that was missing when readers first met him.  He's a talented dirty talker and their encounters are teeming with sexual tension, erotically-charged banter, along with heartwarming words and deeds.  He's a delicious hero who says everything a girl wants to her and wears his heart on his sleeve when it comes to his treatment of her.  They're a formidable couple who work together to ultimately reach their HEA.

From start to finish this was an engaging read with an immensely appealing main couple.  The romance is scorching with fun and flirty banter, along with heartbreaking secrets slowly revealed as the story progresses.  Along with two strong lead characters comes a cast of secondary ones who are just as compelling and entertaining.  Felicity's friend Delphine is outspoken with man problems of her own that led to humorous self-discoveries that had me chuckling.  Lenic's manager Cross was a delightful source of comic relief too, flirty and goading when it came to friends and lovers.  The secondary character that most captivated me though was Felicity's friend West who's always been protective of her.  He has his own painful past of loss that's tied to Lenic and revealed in dramatic and heartbreaking form late in the story.  I wish readers would've gotten a resolution between him and Lenic though as things were left hanging between them.  West was actually missing from the latter part of the story and I hope to see more of him in the future as he still has much to recover from and a story that I long to read.  Overall this was a great mix of eroticism, romance, and charm which was all wrapped up with a heartwarming bow courtesy of three delightful epilogues that readers will want to experience from the first page to the last! 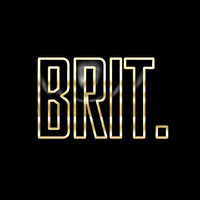 Brit Constantine is a twenty-something author of The Tempest, her first published novel. Writing and ballet are the two things she lives for … next to cheesecake and firemen. When she’s not writing, or randomly bidding for useless items on the Web, she’s either earning bruises at her boyfriend’s mixed martial arts club or sipping on a perfect glass of Pimm’s with her girlfriends. She lives in London with her ever-growing collection of shoes. It’s a woman’s right to shoes.