As a fan of rock star romances I’m excited by today’s release of this tale of second chances and forbidden love that had me drooling the moment I saw this sexy book cover.  Keep reading to get a tempting taste of Bennett by Sybil Bartel which will have you wanting to add it to your bookshelf.  In honor of this fourth installment in the Uncompromising series make sure to fill out the form below for the chance to win a $25 Amazon GC too! 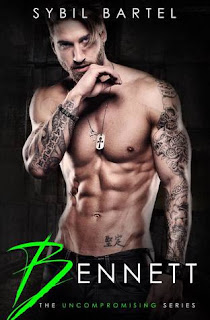 Being the drummer for the hottest new rock band should’ve been a dream come true. Sold out shows, women, more money than I deserved...
But I didn’t want any of it.
The fame sucked, the money was a burden and I’d given away my only chance at ever having her—my best friend’s sister.
I wasn’t supposed to touch her. My best friend made me swear I wouldn’t. Then he was deployed, and he told me to look out for her. Except being around her while still keeping my distance was slowly killing me. Touring with the band should’ve been the perfect escape… Until I fucked up.
I fucked up so bad, she was half-conscious in my arms, fighting for her life.

The taste of rage filled my mouth. “Tell me who beat you.”
“Tell me why you came to my house,” she countered.
My jaw clenched, and I gave her more than I ever had. “To see you.”
Her voice turned quiet. “Why?”
“Give me a name.” I was going to kill whoever did this.
“Give me a reason.”
The Elyssia I knew wasn’t confrontational. She wasn’t a fighter. She was silently strong and determined. She’d put herself back together after her mother died, and she lived her life like there was good in everything. But this woman in front of me was different.
I could stand here and demand she tell me who did this, but I already saw she wasn’t going to budge. It wouldn’t matter what the hell I said right now. I could tell her I was going to kill the fucking bastard who did this. I could tell her she fucking broke me when she’d kissed me, and it’d taken a year to get over feeling like an asshole who wasn’t worthy of her. I could even tell her I was done trying to stay the fuck away from her. But I didn’t say any of it.
Like a coward, I evaded. “I didn’t like how we left things.”
She studied me a moment. “How did we leave things?”
I stared into her gorgeous eyes. “Unfinished.” 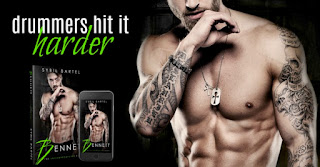 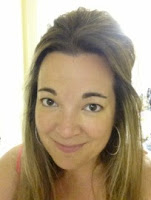 Sybil Bartel grew up in Northern California with her head in a book and her feet in the sand. She dreamt of becoming a painter but the heady scent of libraries with their shelves full of books drew her into the world of storytelling. She loves the New Adult genre, but any story about a love so desperately wrong and impossibly beautiful makes her swoon.
Sybil now resides in Southern Florida and while she doesn’t get to read as much as she likes, she still buries her toes in the sand. If she isn’t writing or fighting to contain the banana plantation in her backyard, you can find her spending time with her handsomely tattooed husband, her brilliantly practical son and a mischievous miniature boxer...
But Seriously?
Here are ten things you probably really want to know about Sybil.
She grew up a faculty brat. She can swear like a sailor. She loves men in uniform. She hates being told what to do. She can do your taxes (but don’t ask). The Bird Market in Hong Kong freaks her out. Her favorite word is desperate…or dirty, or both—she can’t decide. She has a thing for muscle cars. But never reply on her for driving directions, ever. And she has a new book boyfriend every week—don’t tell her husband.

a Rafflecopter giveaway
at December 19, 2017