It’s a sexy and rip-roaring thrill ride when a tough biker meets a woman running from her own painful past in this MC-fueled romance that kept me on the edge of my seat from the first page to the last.  Keep reading to get a tempting taste of Marked for Death by J.C. Valentine, along with my impressions of it, then discover even more about this book by visiting the other sites hosting this tour.  In honor of this first installment in the Blind Jacks MC series make sure to fill out the form below for the chance to win a $25 Amazon GC too! 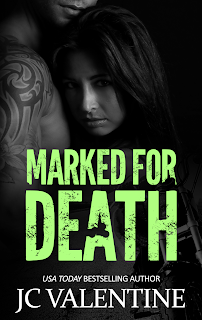 Tiffany
Leading a nomadic life, I’ve been on the run from my rich ex-husband for years. I’ve learned every trick in the book, staying one step ahead of him and his trackers. He’s taken everything from me, and despite everything, I’ve managed to carve out a life. But he’s getting close again. It’s time to hit the road, to start over…but it looks like the universe has other plans.
Ryder
As Sargent at Arms, stalking the crazy man trying to kill my MC brothers is part of my job description. Protecting the club is what I live for. Unfortunately, today I’m the loser in our never ending game of cat and mouse. The last thing I remember before waking up in the emergency room is staring up at the sky while bleeding out onto the cold, hard pavement. Then the pretty nurse walks in and turns my world sideways, and those soft hands know just how to handle a big, angry biker like me. With a psycho on my tail, the stakes couldn’t be higher. I know I should walk away, but self-preservation has never been much of a strong suit. As my enemy closes in, I’ve got no gun, three bullet holes, and absolutely zero patience left. The question is, who will be the one to sign my death warrant—the crazy-ass biker who’s gunning for me…or the sexy-as-sin nurse I’ve got a hard-on for?

Hooking his arm around her waist, he pulled her flush with his body and murmured, “You’re the only thing right in my world at the moment. Ever thought of stealing a moment in time, just for yourself?”
His eyes were filled with heat and his voice was laced with desire. Frowning, she tried to make sense of his words.
“I live a dangerous and unpredictable life,” he explained with a fierce edge. “Sometimes, when I see something I want, I just grab it. Even if I only have it for a moment, it can live in my memory instead of my imagination.”
Absently rubbing her hand up and down his muscular chest, she responded with a whisper, “That makes more sense than a lot of things I’ve heard.”
“I like the way your hands feel on me. I know I ain’t nothin’, but sometimes a man needs a taste of heaven.”
Looking up at his gorgeous, scarred face, she could see him moving closer. Her eyes drifted down to his lips, and before she could think of what to say, he was kissing her.
If she thought he was going to be rough and demanding, she couldn’t have been more wrong. His lips ghosted over hers, teasing and pulling her into his thrall.
Suddenly, her hands slid through his hair. His mouth became more demanding, his tongue swiping across the seam of her mouth. He was begging for entrance, and she wanted more than anything to give it. 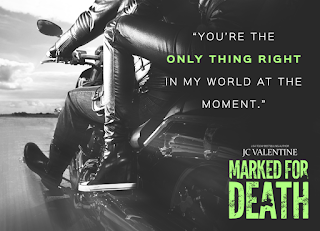 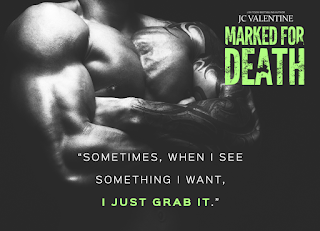 Fans of MC-themed romances will find many of the expected elements in this romance of a very rough around the edges biker begrudgingly accepting the help of a kind-hearted nurse while he’s on a road to revenge.  It’s a fast paced story with a bit of suspense and a lot of time spent on dirty talk and verbal foreplay.  By the end it’s clear that this couple’s story is just beginning as trouble is never far behind.

Ryder’s your typical bad boy biker with his antagonistic attitude, crude talk, and lone wolf mentality.  While on a mission to bring in the man who hurt his club he ends up shot and in need of help as he recovers.  His unexpected savior ends up being a sassy and strong-willed nurse with her own kind of danger following her. What follows is a lot of banter full of sexual tension that has him even more intrigued by her and wanting to claim her as his own.  She’s different from the usual club groupies, she’s someone of worth and strength, and he sees her as the final piece in his picture perfect idea of home and does all he can to woo her.  When danger finally catches up to him though, he’ll have to choose between doing his job or choosing her.  Ryder’s full of attitude, quick to anger, and doesn’t like to rely on others.  He’s very rough around the edges with his crude speech and constant sexual innuendos, but he also has a surprising soft side.  He wants a wife, he enjoys the tender ministrations, and sees heaven as a quaint and comfy house with kids and a wife.  At moments like that I adored Ryder and could understand why Tiffany was falling for him.  His overall thoughts regarding women though frustrated me as he was respectful one moment and derogatory the next.  He called Tiffany a bitch on numerous occasions and thought it an endearment, but I found it very jarring and it marred their romance for me.

Tiffany’s a woman used to starting over.  With a dangerous man following her she never settles in one place for long.  On her last night at the hospital though she ends up doing all sorts of things she never thought she’d do in order to save yet another dangerous man.  It’s out of the frying pan and into the fire as Tiffany cares for Ryder at his weakest moment, using her strong will and no-nonsense attitude.  With Ryder, Tiffany steps outside her comfort zone, throws caution to the wind and the regimented way she’s been living.  She finally goes after what she wants instead of hiding and I enjoyed seeing her feisty side. She’s a good match for Ryder as she gives as good as she gets in banter that was rapid-fire and erotically-charged.  She has a kind heart too and is the voice of reason when things really get tough and it’s her tender touch that tames the beast.  From start to finish Tiffany was the highlight as she was a formidable heroine who went toe-to-toe with danger and with her past coming ever closer I’m counting on her to win once again.

This was a quick read with a middle section that dragged slightly before racing to a pulse-pounding confrontation.  Throughout the story there was lots of sexual tension and dirty talk.  Some of that dirty talk was enjoyable, playful and sexy, but Ryder took it to a crude level occasionally which disappointed me.  I liked Ryder, but when he talked that way it angered me and I wish Tiffany had called him out on it.  Despite that, I still found this a sexy read.  It’s a tale of insta-love that worked for me as this is a formidable couple whose connection is crackling.  By the end I was rooting for them and look forward to where they go from here.  I also see a compelling story ahead for Ace, an emotionally broken biker who has a lot to atone for.  He’s lost a lot, it’s clear he longs for a HEA of his own and it’s a story that I’m breathlessly waiting for.  On a whole, this was a satisfying series starter that introduced readers to a few intriguing characters. There was a good balance of sexiness and action that kept me invested every step of the way.  The language became crude at times and it’s something that I hope is toned down in future installments.  I like my bikers a bit rough but Ryder was too rough at times and it marred the mystique of bikers with a heart of gold who are why I read these kinds of romances and which will have me counting down the days until the next installment. 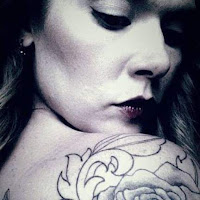 J.C. Valentine is the USA Today and International bestselling author of the Night Calls and Wayward Fighters Series and the Forbidden Trilogy. Her vivid imagination and love of words and romance had her penning her own romance stories from an early age, which, despite being poorly edited and written longhand, she forced friends and family members to read. No, she isn’t sorry.
Living in the Northwest, she has three amazing children and far too many pets. Among the many hats she wears, J.C. is an entrepreneur. Having graduated with honors, she holds a Bachelor’s in English and when she isn’t writing, you can find her editing for fellow authors.

a Rafflecopter giveaway
at December 15, 2017