Book Tour for Hunt Me Down by A.L. Jackson (Review & GIVEAWAY)

Readers will find themselves charmed by this contemporary twist on the Little Red Riding Hood tale that’s definitely not for kids.  Keep reading to get a tempting taste of Hunt Me Down by A.L. Jackson, a novella originally part of the Glamour anthology, along with my impressions of this erotically-charged tale of opposites attracting.  In honor of this addition to the Fight for Me series make sure to fill out the form below for the chance to win a print copy of the first book in this series and a $25 Amazon GC too! 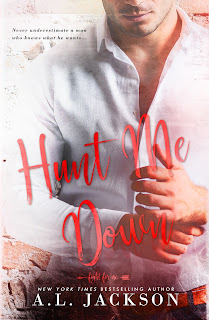 Never underestimate a man who knows what he wants...
Broderick Wolfe is a man accustomed to getting what he wants. He will hunt it, fight for it, and make it his own.
Lillith Redd is a straight-laced attorney who’s dedicated her life to serving the people of her hometown of Gingham Lakes.
When Wolfe Industries sets its sights on leveling the old part of town and building a high-rise hotel in its place, Lillith steps up to go toe-to-toe to with its owner.
Little do either of them know, they’ve just met their match.
Hunt Me Down is a modern-day reboot of Little Red Riding Hood set in the world of A.L. Jackson’s bestselling FIGHT FOR ME series, originally a part of the Glamour Anthology and previously titled Red Hot Pursuit. This novella is a fun, flirty, uber sexy contemporary romance. The only fantasy happening here is in the bedroom. So hold on—you’re getting ready to sink your teeth into something hot and sweet. 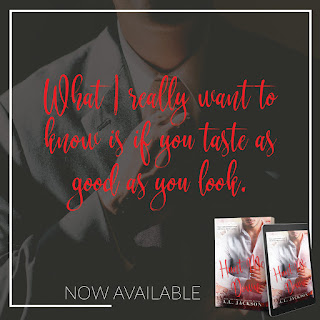 Sparks fly in this charming and sensual novella as a rich businessman starts a battle of the sexes with a strong-willed woman trying to save a building full of sentimental memories.  Witty banter, smoldering glances, and assumptions soon result in this modern twist on Little Red Riding Hood that definitely isn’t for kids.

Lillith Redd has lived in Gingham Lakes her whole life and for her it‘s truly a home in a life full of betrayals.  From the moment her mother left her behind to find something better, Lillith found herself on her own with only a sweet old seamstress to guide and care for her.  Sewing and talking over long hours gave her the strength and support to grow up to become a strong-willed lawyer. When the seamstress’s store, which has always represented stability to her, becomes part of a redevelopment plan Lillith sets forth to do all she can to save the historic building.  She’s soon engaged in a war of words with the irritating billionaire bent on getting what he wants.  Words soon start feeling like foreplay as they finally meet in person and she finds herself attracted to the infuriating man against her better judgment.  With her heart soon becoming involved an unexpected betrayal brings back past insecurities and puts their HEA in doubt. Lillith’s a very likable heroine, self-assured and loyal to those she calls family. She’s been betrayed by love, first by her mother and then by a lover, which has hardened her heart and has her leery of putting it on the line ever again.  When it comes to business she’s formidable but when it comes to the old woman, who’s more like a mother, she’s unapologetically sentimental and I enjoyed seeing both sides of her.  She’s a delightful complication to the redevelopment plan and the ensuing battle was scorching, exhilarating, and immensely entertaining.

Broderick Wolfe’s always gotten what he wants and while he thought his latest redevelopment plan would go smoothly he quickly discovers it will be anything but smooth.  The completion of his plan hinges on one building, but it’s a building that means the world to one determined lawyer.  Business emails soon become erotically-charged until a fateful night, and an unexpected encounter, ups the ante in his battle with the feisty lawyer.  He soon finds his plans changing, but with his manipulative father pulling strings in the background, his journey to HEA hits a roadblock that might never be overcome.  Broderick’s a self-assured man, both in business and in his personal life.  While his father uses questionable business practices, he’s a truly good man who wants to forge his own path and stands up to the man when it matters most.  At the start of the story he may seem a bit hard-edged but as the story progresses there’s a softer side that emerges that was immensely appealing.

This is a quick read set in a quaint small town with the typical colorful denizens and gossip.  It’s a town that’s slowly changing, but the changes aren’t always welcome.  Lillith especially doesn’t like change as the building soon-to-be-demolished is one of the few constants in her life and represents security and love.  Her early exchanges with Broderick are crackling and teeming with sexual tension.  Once they meet in person though, things become combustible with encounters that become increasingly erotic.  Their banter is witty and flirty at the start, quickly becoming verbal foreplay with an edge as the battle over the building is always present.  While an emotional hiccup towards the end of the story was frustrating it was thankfully resolved quickly before I became too annoyed.  From start to finish this was an entertaining romance with a likable main couple and glimpses of another duo that have me hoping to return to Gingham Lakes soon! 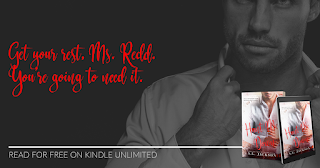 A.L. Jackson is the New York Times & USA Today Bestselling author of contemporary romance. She writes emotional, sexy, heart-filled stories about boys who usually like to be a little bit bad.
Her bestselling series include THE REGRET SERIES, CLOSER TO YOU, and BLEEDING STARS novels. Be sure to check out her newest series, Fight for Me. The first novel, SHOW ME THE WAY, is out now.
If she’s not writing, you can find her hanging out by the pool with her family, sipping cocktails with her friends, or of course with her nose buried in a book.
Be sure not to miss new releases and sales from A.L. Jackson - Sign up to receive her newsletter HERE or text “aljackson” to 24587 to receive short but sweet updates on all the important news.

a Rafflecopter giveaway
at December 01, 2017