Book Cover Reveal for Everything That Glitters by Emery Jacobs (GIVEAWAY)....... 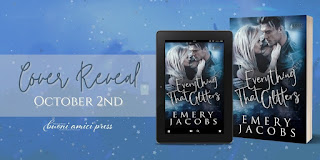 Fans of rockstar romances will find themselves drawn to this tale of a man trying one last time to hit the big time who runs into a sexy complication when his one night stand turns out to be the one person who could make his dream come true.  Keep reading to get a tempting glimpse of Everything That Glitters by Emery Jacobs, then start counting down the days until this book hits shelves on October 16th.  To make the wait more bearable make sure to fill out the form below for the chance to win a $25 Amazon GC too! 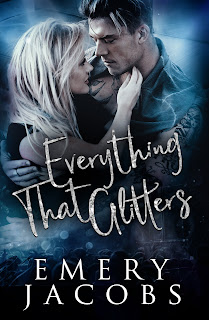 He's waiting for his big break...she could be headed for heartbreak.
Slade
A decade of playing local bars and festivals with my band is over.
Just like that.
Big break? More like broke up. Broken Thunder-- maybe the name was a sign. Now I find myself at a crossroad, not ready to leave music behind.
An audition for the legendary band Reckless Fury, could change everything.
At least that's what I hope until I see who's calling the shots.
No names. One incredible night. It's her!
I had no idea she was the Princess of Rock, when she was rocking my world. All I need is a chance to prove myself.
With her.
With the band.
She thinks she knows why I'm here, she's wrong.
Gracie
I was raised on Rock n' Roll, and now it's time to prove I'm more than the spoiled daughter of Reckless Fury's lead singer.
I'm not just with the band now, I'm managing one—the Velvet Dolls.
And my band...is falling apart.
It's time for a change. A big one.
My only desire is to take this all-girl act to the next level. Speaking of desire. It’s him!
The smoking hot guy I had a one-night stand with months ago. The one I thought I'd never see again. The one I can’t seem to forget.
He thinks I don't know why he's here, he's wrong.
FIND AT GOODREADS here.
PRE-ORDER LINKS:  AMAZON (US)  |  AMAZON (UK)  |  AMAZON (AU)  |  AMAZON (CA) 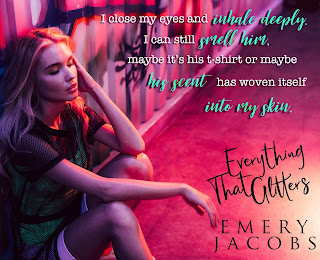 AUTHOR INFO:
Emery grew up in Southern Arkansas and has lived most of her adult life in Northern Louisiana. She spends her days working as a Nurse Practitioner in rural health and her nights reading, writing, and occasionally sleeping.
She loves real life romance...lots of angst and heartbreak, but always a happy ending.
WEBSITE  |  FACEBOOK  |  TWITTER  |  INSTAGRAM  |  GOODREADS AUTHOR PAGE  |  PINTEREST  |  NEWSLETTER
**********GIVEAWAY**********
a Rafflecopter giveaway
at October 02, 2020