A drunken night leads to an unexpected future for a sexy Irish boxer and the single mom who doesn't trust what he's offering in this upcoming fun and flirty contemporary romance.  Keep reading to get a tempting glimpse of A Very Vegas St. Patrick’s Day by Kayley Loring and Connor Crais, then start counting down the days until this third installment in the Very Holiday series hits bookshelves on February 17th! 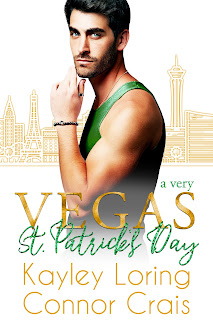 You might think the problem would be waking up in Vegas, hungover,
next to a beautiful woman who’s wearing your boxer briefs and finding out ya married her in the middle of an epic drunken night of festivities.But you’d be wrong.I, Nolan Cassidy, international charmer and maker of mischief have fallen head over heels for Cora Delaney. I want to be married to the lass.So you might think the problem would be that she wants an annulment.But again you’d be wrong—stop getting it so wrong.I, Nolan Cassidy, with my devil tongue and Irish accent, will no doubt change her mind.Does the problem lie in that she has a son who doesn't like me and is as clever and crafty as I?Or that I’ve only got one month—until St. Patrick’s Day—to prove to my one true love that I can be a good husband and father?C’mere and I’ll tell ya…None of that is the problem.I’m a problem.My boxing days may be behind mebut the fight never left me.When I see something I want, I get it. And nothing is going to stand in my way. Not my new wife’s hesitation nor her son’s doubts.So buckle up, strap in.Because I’m no longer in the business of wanting.I’m in the business of having.Which is gonna make for one wild Paddy’s Day. 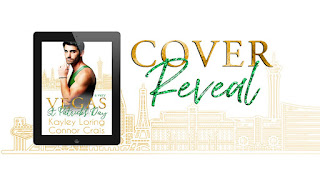 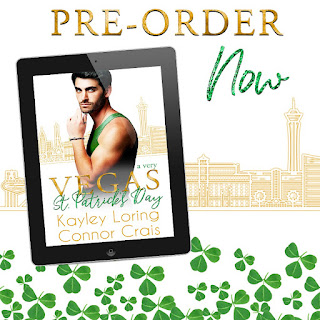 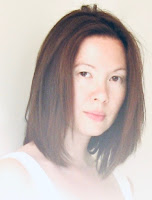 AUTHOR'S INFO:
Before writing steamy romantic comedy novels, Kayley Loring got a BFA in creative writing from a Canadian university and had a fifteen-year career as a screenwriter in Los Angeles (under a different name). She mostly wrote PG-13 family comedies that studios would pay her lots of money for and then never make into movies. In 2017 she decided to move to the Pacific Northwest and write about all the fun stuff that she wasn't allowed to write about in those PG-13 scripts. Now she’s an Amazon Top 25 bestselling author who’s breathing cleaner air and writing dirtier words. It’s an adjustment she’s happily getting used to. Rest assured that her funny sexy sweet romances have no cheating or cliffhangers, and always have HEAs!
INSTAGRAM  |  FACEBOOK AUTHOR PAGE  |  FACEBOOK READER GROUP  |  WEBSITE  |  NEWSLETTER  |  AUDIO NEWSLETTER  |  BOOKBUB  |  TIKTOK 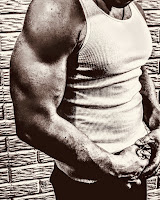 Connor Crais is a classically trained actor living in the Midwest with his wife, two kids, and rescue greyhound. He has been both a stage and television actor, and before plunging into the romance genre, he had been narrating commercials, audiobooks, and explainers for well over a decade from his home studio. From alphas to bosses to cocky sports stars (a particular favorite), he loves sparring with beautiful, sassy heroines (and their talented narrators) but also loves winning them over and reaching that happily ever after. He is excited to now create those stories as an author.
INSTAGRAM | FACEBOOK AUTHOR PAGE | FACEBOOK FAN GROUP | WEBSITE | TIKTOK | AMAZON AUTHOR PAGE | GOODREADS AUTHOR PAGE
at January 24, 2022