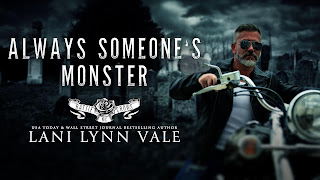 Fans of younger woman/older man romances will find themselves drawn to this gritty and emotionally intense MC-fueled story.  Keep reading to get a tempting taste of Always Someone’s Monster by Lani Lynn Vale, along with getting my impressions of this first installment in the Battle Crows MC series, then add it to your bookshelf! 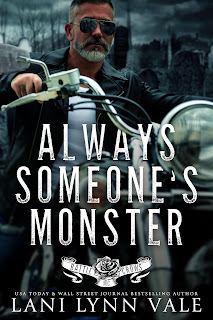 A few years ago, when his sister went missing, Haggard Crow turned into something he never wanted to be. A killer.
Even after his sister is rescued a year after she was kidnapped and sold, Haggard ‘Thief’ Crow doesn’t have any plans on changing. He sort of likes the zero fucks given guy that he is now. Bonus points, he saves women and children from extreme situations, along with his club and real life brothers by his side.After a horrible marriage, Haggard has zero plans of ever finding a woman again. One-night stands not counting, he adores his life as a single man. There are no expectations. No ‘where are yous’ and ‘are you coming homes.’The life he chooses to live is a simple one. Until he makes a huge mistake, and he steps over that line between ‘daughter’s best friend’ and ‘a woman he desperately wants.’Before long, he can’t stop thinking about her. Can’t stop wanting her. Can’t stop feeling things for her that a man twenty years her senior should never feel for a girl he watched grow up. After one lapse in judgment, he decides she needs to go. But the funny thing is, he never expected Sophia Madden to fight back. And dirty at that. 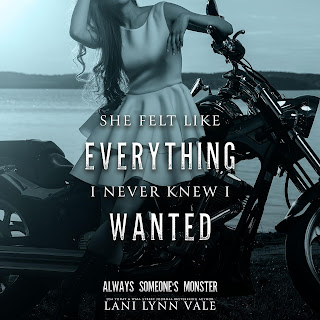 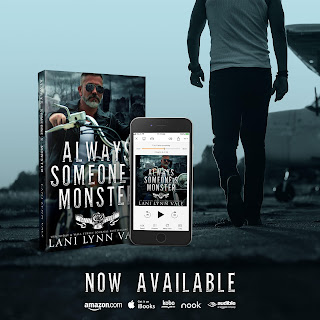 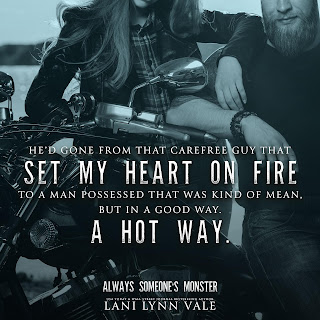 MY IMPRESSIONS OF THIS BOOK:
When it comes to MC-themed romances Ms. Vale has become a go-to author for me courtesy of her larger than life characters, sizzling interactions, and exhilarating and edge of your seat action.  This first installment in her Battle Crows series meets all those qualities and more to be another immensely satisfying addition to her bookshelf that has me greatly anticipating what's coming next in this series.
Haggard Crow is a man who's seen it all, a basically good man more than willing to do bad things when the situation warrants it.  When it comes to love and romance he's a man who tries to stay uninvolved after his previous marriage left him bruised.  Being around the much younger Sophia though starts his heart racing, tempting him at every turn, in a younger woman/older man romance.  Haggard's a rough around the edges man, a man with strong protective instincts towards those he claims as his.  He understands the issues surrounding giving into his attraction for his daughter's best friend, fights it for as long as he can, but ultimately can't fight what's blatantly obvious between them in their undeniably scorching connection.
Sophia Madden may be young in years but she's a heroine who's wise beyond her years. For as far back as she can remember she'd been attracted to her best friend's father, even knowing others would see it as wrong.  Despite that she's the kind of heroine who will go after what she wants no matter what it takes, which makes for a formidable connection to Haggard that kept me frantically turning the pages.
From the first page to the last this was a romance full of emotional highs and lows.  Set in the MC world there were moments of grittiness and suspense along with moments of heart and soul that endeared me to Haggard, the tough guy biker.  For over half the book the sexual tension between Haggard and Sophia was unrelenting as they danced around each other, but it was a delightful dance that had me cheering them on to finally give in to what they both wanted.  Along with fun and flirty banter there were also moments of tears that kept my emotions on edge and kept me fully invested in this couple's journey.  From joyous highs to heartbreaking lows this was one heckuva story and with the author's final words readers will be left clamoring for the next book in this series to hit bookshelves!
My rating for this is an A?
*I got this book from the author for review in exchange for my honest opinion.
at January 25, 2022