Book Release Blitz for The Summer Proposal by Vi Keeland……. 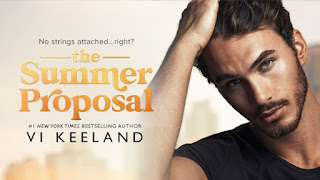 Readers will find themselves charmed by this tale of strangers finding a sizzling connection, before fate seeks to tear them apart, in a romance set in the hockey world.  Keep reading to get a tempting taste of The Summer Proposal by Vi Keeland, then add it to your bookshelf today! 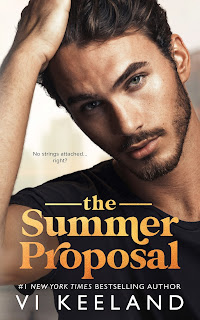 The first time I met Max Yearwood was on a blind date. Max was insanely gorgeous, funny, and our chemistry was off the charts. He also had the biggest dimples I’d ever laid eyes on.
Exactly what I needed after my breakup.Or so I thought...Until my real date arrived.Turned out, Max wasn’t who I was there to meet. He only pretended to be until my real date showed up.To say I was disappointed would be an understatement.Before he left, he slipped me a ticket to a hockey game a few blocks away, in case things didn’t work out on my actual date.I tossed the ticket into my purse and went about trying to enjoy the man I was supposed to meet. But my real blind date and I had no connection.So on my way home, I decided to take a chance and stop by the game.When I arrived, the seat next to me was empty.Disappointed again, I decided to leave at the end of the period.Just before the buzzer, one of the teams scored, and the entire arena went crazy.A player’s face flashed up on the Jumbotron. He was wearing a helmet, but I froze when he smiled. You guessed it: Dimples.Apparently, my fake blind date hadn’t invited me to watch hockey with him, he’d invited me to watch him play.And so began my adventure with Max Yearwood.He was everything I needed at the time—fun, sexy, up for anything, and only around for a few months since he’d signed with a new team three-thousand miles away.Max proposed we spend the summer helping me forget my ex. It sounded like a good plan. Things couldn’t get too serious when we had an expiration date. Right?Though, you know what they say about the best-laid plans. 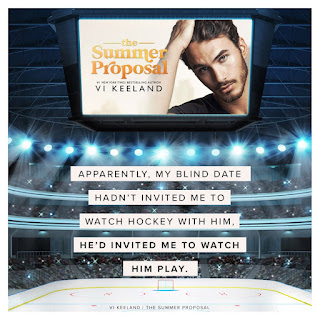 AUTHOR INFO:
Vi Keeland is a #1 New York Times, #1 Wall Street Journal, and USA Today Bestselling author. With millions of books sold, her titles are currently translated in twenty-six languages and have appeared on bestseller lists in the US, Germany, Brazil, Bulgaria, and Hungary. Three of her short stories have been turned into films by Passionflix, and two of her books are currently optioned for movies. She resides in New York with her husband and their three children where she is living out her own happily ever after with the boy she met at age six.
FACEBOOK PROFILE PAGE  |  FACEBOOK PAGE  |  FACEBOOK GROUP PAGE  |  WEBSITE  |  TWITTER  |  INSTAGRAM  |  TIK TOK  |  GOODREADS AUTHOR PAGE
at January 10, 2022