Readers drawn to the theme of Beauty and the Beast will be intrigued by this contemporary dark romance of two differently scarred people brought together by fate.  Keep reading to get a tempting taste of Brass Tabby by Rowan Helaine, along with getting my impressions of it.  You'll also get further insight into this book through the author discussing classic romances effects on today's romances as well as by visiting the other sites hosting this tour.  In honor of this modern-day retelling of a classic make sure to fill out the form below for the chance to win a $15 bookstore GC too!
Long before the original version of Beauty and the Beast was published in 1740, there was the story of Cupid and Psyche. A young princess who is so beautiful that she catches the eye of the handsome god of erotic love. Whisked away by the West Wind to an opulent palace where she is showered with finery, Psyche is visited nightly by a creature who remains shrouded in darkness but, we can only assume, throws some seriously good dick. She is happy, but homesick, so her invisible husband consents to let her visit her family. Seeing her happy and richly attired, her avaricious sisters plant the seeds of doubt in her mind, telling her that her nightly visitor must be a monster of incalculable hideousness. They hatch a plan which ultimately results in Psyche getting a fleeting glimpse of her divine husband before pouring boiling oil over his shoulder and sending him running home to his wrathful mother Venus, who never thought the little mortal hussy was good enough for her perfect boy anyway.
The gods do love to make a girl work, so as you can imagine, the subsequent story unfolds in a series of trials that Psyche must pass through in order to regain the favor of her lover. Eventually, having withstood torture and hardship and proven her contrition to her wounded husband, they are united in divine marriage and live happily ever after for all eternity. Because nothing is sexier or more romantic than bride kidnapping...said no one ever.
Having read countless iterations of the Beauty and the Beast trope in various degrees of filthiness, I have never failed to have the same reaction: She’s gonna miss the Beast when he’s gone. Sure, he may be transformed into a golden specimen of masculinity bearing a striking resemblance to Michelangelo’s David (looking at you, Disney) but he’ll never have those muscles, or those claws, or that deep, panty- melting voice ever again.
The old fairy tales got it wrong. What girl wants to go to bed with a beast and wake up to a fop in an ascot? It should also be pointed out that in each story, Beauty has the wherewithal and strength of character to go through her personal trials, realize she loves the Beast exactly as he is, and come back to save him from a terrible death by broken heart. I don’t think it’s fair that she should be rewarded with a bait and switch, and if I’m honest, I’ll bet when pickle jars need opening or there’s a pack of angry wolves to ward off, the Beast misses the extra firepower.
Modern romance has turned the old stories on their heads. Beasts of all varieties are having a moment. Vampires. Werewolves. Aliens. Orcs. They’re all getting played, and women are realizing that maybe there’s something more important than having a man that looks good on top of a wedding cake. Cupid may have laid down with her in the dark of night and remained invisible in the day, but he treated her with kindness and respect. He prioritized her pleasure and even sent her home to her family because he knew it would make her happy, knowing it would hurt him to be separated from her. The message back then was somewhat different: Don’t take the kindness of your husband for granted or the gods will rain misfortune over your head. Now that we’ve learned to love beastly men, though, I think the moral of the story has changed. Maybe we should all be looking for someone who makes us feel safe and loved exactly as we are, rather than demanding that our partners fit our romantic expectations. 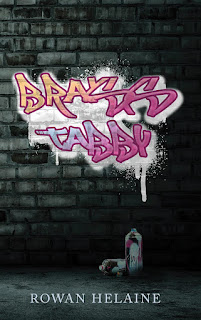 It’s loathe at first felony for the man with no future and the girl with no past.
Left blind and gruesomely scarred following a horrific accident, former golden boy Grant Harcourt isn’t looking for new friends when a snarky ball of hellfire dives into the back of his chartered car. Scrappy street artist Enola Fothergill is just trying to survive, and she definitely doesn’t need the attention that association with the Harcourt clan could bring. A bungled carjacking sparks a slow-burning passion, but when Nola’s murky former life catches up with her, they’ll both have to decide how far they’re willing to go for love.
EXCERPT:
Howling At The Moon:
Grant craned his neck to inhale the dry tang of an approaching electrical storm, feeling an unexpected thrill go through him. She didn’t seem like the type to check the weather before doing anything, so there was a strong possibility that if she didn’t head home, the rain would keep her in one place. As embarrassing as it was to admit, she never really left him anyway. If she hadn’t shown up when she did, he would have spent the last four hours before sunrise staring up at the ceiling and thinking about her before he finally fell asleep. “So. How was work?”
“Long,” she said. An instant later, she tipped back her head and let loose with a sonorous howl. The sound carried for a while, across the broad expanse of the lawn before it echoed off the tightly packed cedar hedge at the edge of the property. He could hear the way the sound struck the trunks of the trees and bounced back, barely a whisper on the return.
Grant laughed, genuinely laughed, for the first time he could remember. “What the hell was that?”
She responded with another howl, louder this time, projecting her voice into the sky. Leaning against him, she nudged him with her shoulder. “Go ahead. Try it.”
BUY AT AMAZON here.
MY IMPRESSIONS OF THIS BOOK:
From first time author Rowan Helaine comes this sensual, slow-burn romance that brings together two very flawed people who find themselves growing closer despite outside forces leaving their future hanging in the balance a time or two.  In a romance that's a bit rough around the edges, I applaud the author for her realistic portrayal of blindness in a man used to having everything he wants because of his wealth.  The anger, fear, and ultimately the acceptance of his disability, showed Grant to be a flawed hero at times but a hero I was drawn to nonetheless.  He could be arrogant one moment while showing kindness the next, having relations with another woman one moment while showing interest in the vivacious woman he's brought into his home the next.  It all makes for an unforgettable, multi-faceted hero...an imperfectly perfect hero who's just who the heroine needed.  Nola's a larger than life heroine, one who's lived an eclectic and unapologetic life.  There's an air of mystery surrounding her, a sense of foreboding, that hangs over the story and weighs on her as she and Grant grow closer.  I was on edge waiting for her past to be revealed and in the end was left a bit unsatisfied by it, but appreciative for it bringing these two very different people together.
While this book is described as a rom-com I didn't quite see it as such.  There was definitely some delightful banter between the main characters, banter that was both fun and flirty, but the overall tone of the story was darker and grittier.  The interactions between Grant and Nola started out carefree and fun, but the more time they spent together the more layers were revealed about themselves.  Slowly but surely I became more and more invested in these two and had wished for a more conclusive conclusion to their burgeoning romance.  Despite a few small quibbles though, I still found this an engaging read from a bright new author who I look forward to seeing more from.
My rating for this is a B.
*I got this book from the author for review in exchange for my honest opinion. 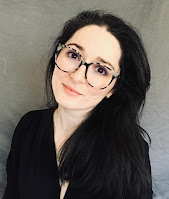