Book Release Blitz for Wilder With You by Serena Bell (GIVEAWAY)……

Opposites attract in this charming tale of a fake relationship that becomes all too real.  Keep reading to get a tempting taste of Wilder With You by Serena Bell, then add it to your bookshelf.  In honor of this third installment in the Wilder Adventures series make sure to fill out the form below for the chance to win a $25 Amazon GC too! 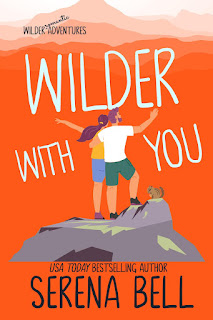 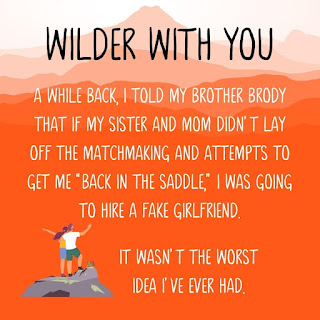 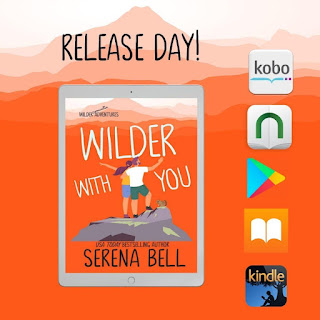 AUTHOR INFO:
USA Today bestselling author Serena Bell writes contemporary romance with heat, heart, and humor. A former journalist, Serena has always believed that everyone has an amazing story to tell if you listen carefully, and you can often find her scribbling in her tiny garret office, mainlining chocolate and bringing to life the tales in her head.
Serena’s books have earned many honors, including an RT Reviewers’ Choice Award, Apple Books Best Book of the Month, and Amazon Best Book of the Year for Romance.
When not writing, Serena loves to spend time with her college-sweetheart husband and two hilarious kiddos—all of whom are incredibly tolerant not just of Serena’s imaginary friends but also of how often she changes her hobbies and how passionately she embraces the new ones. These days, it’s stand-up paddle boarding, board-gaming, meditation, and long walks with good friends.
WEBSITE  |  FACEBOOK  |  READER GROUP  |  TWITTER  |  INSTAGRAM  |  GOODREADS AUTHOR PAGE  |  NEWSLETTER
**********GIVEAWAY**********
a Rafflecopter giveaway
at February 15, 2022