Book Teaser Reveal for Off the Record by Annmarie Boyle……. 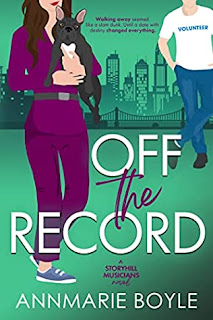 Ever since the day her life flipped upside down, Bridget Hayes obeys a carefully crafted plan. And it works. Or it did. Until the night of her brother’s wedding, when she throws out all her rules—in spectacular fashion and finds herself in bed with one of her brother's bandmates. What had she been thinking? She caved to the one thing she can’t control—her longtime crush on a tall, charismatic, ginger of a man...who also happens to be ONE OF HER BROTHER'S BEST FRIENDS.
Blake Kelly knows two things for sure: happily-ever-after is a myth and Bridget Hayes is risk personified. Doesn’t matter that he’s been attracted to her since her brother uttered the words, “Meet my sister.” Getting close to her could blow up the band. And the band is his family. He can’t risk it...no matter how much he wants a repeat performance.
Armed with a pact—tell no one—they return to their regularly scheduled lives. Because in a city of nine million people, what are the chances they’ll bump into each other anytime soon?
Nada. Zip. Zilch.
That is, until a rescue pup named Destiny turns out to be less dog and more cupid in a fur coat. 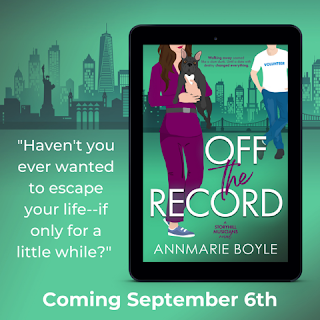 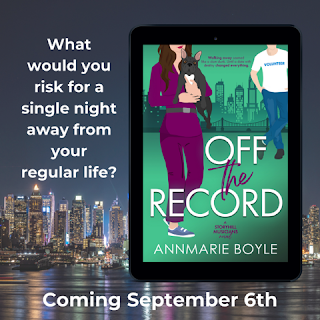 AUTHOR INFO:
Annmarie Boyle is a connoisseur of yoga pants, Sharpies, and fancy coffee drinks. She loves to create stories about strong, smart, and sexy women tackling some of life’s biggest issues—while finding their happily-ever-after along the way. Throw in a lot of laughter and a fabulous supporting cast of characters and you’ve got the stories she both loves to write and read. She enjoys traveling the world but spends most of her time in a sleepy Midwestern town overlooking a lazy river with her husband, who, after 20+ years, still makes her believe in happily-ever-afters.
WEBSITE  |  FACEBOOK  |  INSTAGRAM
at May 27, 2022