Book Tour for The Price of Forgiveness by M.L. Nystrom (REVIEW)…… 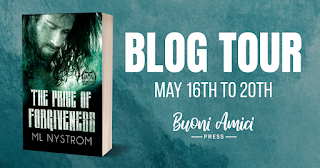 A man on an emotional ledge, struggling to get through each day amidst obligations to his MC, finds himself drawn to a woman that brings painful memories with her in this steamy and gritty romance.  Keep reading to get a tempting taste of The Price of Forgiveness by M.L. Nystrom, along with my impressions of this compelling tale, then add this second installment in The Dutchmen MC series to your bookshelf! 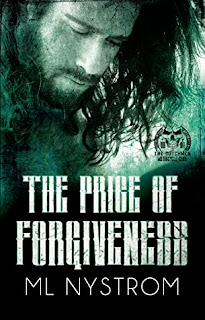 “God doesn’t have a place for sinners like me.”
When does sin become unforgivable? Find out in bestselling author ML Nystrom’s gritty The Dutchmen MC series, where you’ll meet a darker breed of bikers.
Rail has the impossible task of leading the Dutchmen MC through a long and chaotic transition. His life is spinning out of control, trying to live up to club expectations. Some want revenge for crimes against the club, some are ready to move on, and some want to continue their former lifestyle. It’s tearing Rail apart. The only family he’s ever known is his dying grandmother and it’s more than he can handle.
One night, he meets Gretchen, a deaf woman who reminds him of past sins. She brings back painful memories of where he came from and what he’s done in his life, but he can’t stay away from her. She is the light, he is the dark, and his former transgressions demand payment. Can he afford to pay the price?
EXCERPT:
“You’re a writer?”
“Editor.”
“Never met an editor before.”
“I wish you weren’t meeting one now.”
Rail chuckled at the woman’s wit. Her hands were strong, with long tapered fingers and short nails. When she signed, her movements were fluid and precise. Dance-like. Her breasts swayed gently with each gesture and Rail could see the outline of darker nipples under the thin white cloth before she covered them again. Pink? Peach? Or a color in between? Her robe was close by and he could have snagged it for her, but chose not to.
He stood up to leave.
He glanced back at the woman and noticed the blush had faded. He leaned over her, bringing his face close to hers. Her eyes got big and her lips parted. Rail nearly laughed again at how fast the color came back. Nice to know he had some effect on her as she did on him. Maybe it was his scars that alarmed her, but if he got a chance to see her nipples again, he bet he would find them puckered up into little points. Deliberately taking his time, he reached behind her, bring his mouth inches from hers and picked up one of her business cards. If he could have gotten away with it, he would have released the clip to see how long those golden waves would fall. When he stood back up, she let out the breath she’d been holding in a short rush. One half of his mouth raised in male triumph. He looked at the card.
“Nice to meet you, Gretchen Davonsky. I’m Railroad.” 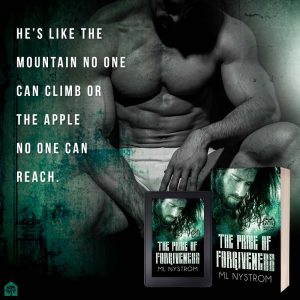 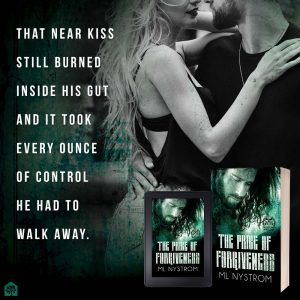 MY IMPRESSIONS OF THIS BOOK:
As a fan of MC-fueled romances I'm always excited to discover new-to-me series...and this second book in The Dutchmen MC series definitely left an impression on me!  With its unique heroine, dark and gritty storyline, and exhilarating twists and turns, this book will keep you frantically turning the pages to see what comes next.
Picking up soon after the tragic events of the previous book, there's a new man leading The Dutchmen MC and he's just trying to stay afloat, juggling what his brothers want with what their former prez wanted.  He's also dealing with his own dark demons, along with caring for his dying Grams, all while hunting for the traitor who tore the Club apart. It's on this journey of revenge that he discovers an unforgettable woman who just happens to be the half-sister of Piglet, the man they're hunting.  Rail finds himself drawn to her from the very start despite his heartbreaking past, despite his difficulties with love and romance.  His issues make for a rocky romance indeed, but by the end he's proven himself to be the quintessential hero.  Rail has elements of mystery surrounding him at the start but with each turn of the page we get glimpses into a gut wrenching past that slowly impacts the Club's present and possibly his future when danger befalls his new love.  Rail's an intriguing hero, with surprising depth and facets that show him to be more than just a man of danger.  He's also a man of heart and soul, a man who warmed my heart with the care he showed his Grams and the ease by which he communicated with Gretchen and accepted her wholeheartedly.  He stepped up to be the man Gretchen needed at just the time she needed him to in this story's exciting conclusion that had me falling for him even harder.
As a disabled person I'm always on the lookout for characters reminiscent of me...which is why I did a little happy dance upon meeting Gretchen.  Gretchen's a perfectly imperfect heroine, one who's deaf but who doesn't let it define her.  She's an editor with average looks but is full of strength and fire.  Her first meeting with Rail and his brothers might've been daunting but she stood her ground, communicating with Rail since he knew ASL, and creating an instant bond between the two that's just the step on a hard fought journey to HEA.
This is a story with a lot happening!  Not only is Rail dealing with Club issues, but he has his Grams that he's caring for, along with his growing romance with Gretchen. Unfortunately it's the romance that suffers as not as much time as I'd hoped is spent on them.  What's there is wonderful, but I just wish there had been more scenes involving them together.  Rail's scenes with his Grams pulled at my heartstrings too and showed how important family is to the hardened men of The Dutchmen MC.  The brothers emit a raw and dangerous vibe, but will step up in a heartbeat to protect those they've claimed or those most in need.  They're an enticing group that I definitely look forward to seeing more of in the future.  The final aspect of this book that gets most of the attention is that of Piglet's fate.  He's a man on the run at the start, finding a community that he thinks is heaven...but ends up being hell in painful and graphic detail.  It's a twist that pulls Rails and Gretchen in and leaves them fighting their way out in a quickly wrapped up conclusion that had me on the edge of my seat.  On a whole this was an exciting tale with lots of gritty action and a nice bit of romance courtesy of bold and unique characters.  Ms. Nystrom has created an enticing new series and I applaud her uniquely-crafted characters that will have me coming back for more...the minute the next installment hits bookshelves!
My rating for this is a B+
*I got this book from the author for review in exchange for my honest opinion.
**THE PREVIOUS BOOK IN THE DUTCHMEN SERIES** 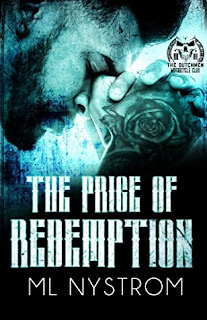 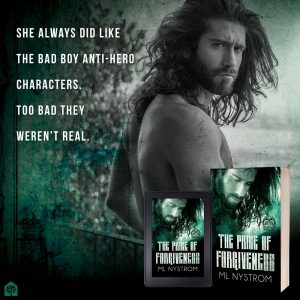 AUTHOR INFO:
ML Nystrom had stories in her head since she was a child. All sorts of stories of fantasy, romance, mystery, and anything else that captured her interest. A voracious reader, she’s spent many hours devouring books; therefore, she found it only fitting she should write a few herself!
ML has spent most of her life as a performing musician and band instrument repair technician, but that doesn’t mean she’s pigeon-holed into one mold. She’s been a university professor, belly dancer, craftsperson, soap maker, singer, rock band artist, jewelry maker, lifeguard, swim coach, and whatever else she felt like exploring. As one of her students said to her once, "Life’s too short to ignore the opportunities." She has no intention of ever stopping...so welcome to her story world. She hopes you enjoy it!
FACEBOOK  |  TWITTER  |  INSTAGRAM
at May 18, 2022