Readers looking for a seductive and suspenseful read will get all that and more with this novella of a woman desperately in need of money who finds herself attracted to her mysterious boss, a man who's more than what he seems.  Keep reading to get a tempting taste of Violins and Vampires by CEE BEE, and learn even more about this book by visiting the other sites hosting this tour, then start counting down the days until this book hits shelves on July 26th!  In honor of this first installment in the Vampires of the Daemonverse series make sure to fill out the form below for the chance to win a $20 bookstore GC too! 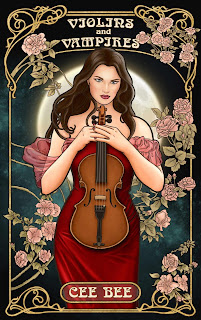 Lexa Kozlov must pay off her family's massive debt to the mob...all while raising even more money to save her little sister. The result? A never-ending (and incredibly illegal) stakeout for the Bratva. Lexa barely has time to sleep, let alone find love.
Enter Caelin Vass, the handsome Scotsman who runs Empire Investments. Caelin offers Lexa a new job with dollars galore, as well as a hot bod (his own) to contemplate every workday. Even so, Lexa isn’t sure. Freaky things keep happening whenever Lexa and Caelin are alone. The energy between them is magical, sensual, and way overwhelming.
Is Lexa leaving her old prison just to enter a worse one...or is Caelin Vass all he seems and more?
***12,000 word novella, previously published on Kindle Vella as Blood Slave***
EXCERPT:
I've never wanted anyone more than Caelin Vass. Never hated a man so much, either.
Vass looms before me right now. He's all broad-shoulders, brown hair, and searing dark eyes. Imagine a Celtic god in a three-piece suit; that's the general idea. We stand in his office—a place that's all plush leather chairs and heavy wooden furniture.
Sadly, Vass and I aren't alone. Some chick in a kimono kneels before him. She toys with his belt buckle with ill intent. And by ill intent, I mean she's about to give my potential employer a blow job.
In his fancypants office. Right in front of me.
Wish I could say this is the first time something like this happened. It isn't. I also wish I didn't want to punch Kimono Chick in the throat and take her place.
Yet I do.
Still, I must stay away from Vass' pants and get this gig. Why? It pays one hundred grand a month. For someone like me, that money's literally a life-saver.
Across the room, Kimono Chick smirks so hard, it's a wonder her face doesn't get stuck that way. "Join in or get out."
Meanwhile, Vass stares at me with a smoking hot look that makes my thighs clench. He knows the affect all this has on me.
Stupid Vass.
Stupid thighs.
Which leads to a big decision: do I go for the job, the belt buckle, or the door?
Tough call. 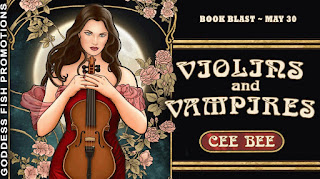 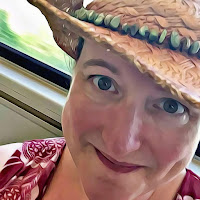