It’s a battle of the sexes between two people who share a last name but not blood when they’re forced into close quarters to fulfill their father’s last wishes.  When certain secrets come to light this story becomes even more combustible.  Keep reading to get a tempting taste of Dirty Little Secret by Jennifer Ryan, then add this series starter to your bookshelf.  In honor of this first installment in the Wild Rose Ranch series visit the link below for US readers to have the chance to win a print copy of this book too! 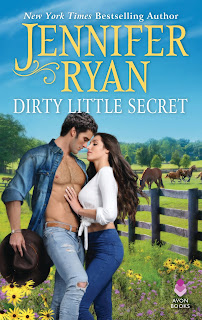 Meet the women from Wild Rose Ranch—and the men who want them—in New York Times Bestselling Author Jennifer Ryan’s breathtaking series of romance and scandal...
Noah Cordero is a modern-day cowboy who loves three things: ranching, his younger sister, and his step-father. John Cordero groomed Noah to take over the Montana spread where he learned to ride and work the land. But when John unexpectedly dies, he leaves half the ranch to a woman Noah doesn’t even know.
Roxy shares Noah’s last name, but not his blood. Estranged from her father, haunted by regrets, and eager to escape her notorious mother’s past, she is forced to fulfill her father’s last wishes. Inheriting means sharing a home with infuriating, challenging, and oh-so-tempting Noah. But John didn’t just make her owner of his ranch and guardian to her sister, his hidden sideline is her worst nightmare—she’s the new owner of the notorious Nevada brothel called Wild Rose Ranch where she grew up.
As their strictly business relationship starts to turn to true love, Roxy begins to wonder, what will happen when Noah discovers her dirty little secret?

“Noah...”
God, the way she said his name.
“It’s late and I’m exhausted. Can this wait?”
“Uh, thank you. For my room. I, uh, really appreciate it.” He ran a hand through his hair, uncomfortable under her penetrating gaze.
“How’d that taste coming out of your mouth. You thanking me for anything after John left me half of your ranch and home.”
“Like horse shit.” Not really because the thing was, she got it.
Despite the fact she had to be jealous as hell that he’d grown up here with John, she understood his anger and resentment. She had a side. He had a side. And she was willing to concede that his feelings mattered just as much as hers.
She laughed and the sound went right to his belly and tied it in knots.
Unable to fight it any longer, he closed the distance between them and with one hand sliding to the back of her neck, his fingers buried in the thick mass of silky hair, he pulled her lips to his. She smelled of paint with a hint of flowers, like the ones she’d left by his bed. Their smell teased him all night and made him think of her.
His instinct was to devour, but he felt her tense and her eyes went wide. Watching her, he brushed his lips against hers. Once. Twice. With barely a touch, he tasted a hint of the sweet grapes she’d eaten.
She stood perfectly still, her breath washed over his mouth from her slightly parted lips. “I thought we agreed this wasn’t a good idea.”
“We both lied about that.” He kissed her softly again, lingering over the sweet torment. He could take the kiss deeper, have her wrapped in his arms, and begging for him to take her to bed. He saw the hunger to match his own in her eyes, but he also caught the slight hesitation and a trace of—not exactly fear, but doubt.
About what, he didn’t know. He didn’t believe Roxy was afraid of anything. She’d left her old life and moved to a stranger’s house because a young girl needed her. That took guts, knowing her welcome wasn’t exactly friendly, at least on his part.
Instead of taking what he wanted, he gave in to instinct and pressed his mouth to hers in a soft undemanding kiss that was warm and sweet and unrushed. He didn’t pull her closer, but enjoyed the feel of her mouth against his, the way her eyes fluttered closed as she sank into the kiss and the moment with him, and the brush of the hard tips of her breasts barely skimming the hard muscles of his chest as her breathing deepened. Time stopped.
He withdrew slowly and she leaned into him, her mouth following his until they broke the kiss.
Her eyes flew open and studied him.
“Thank you for putting the smile back on Annabelle’s face.”
“You’re welcome. She’s a great kid. I like her.” The soft smile told him she meant it. “Good night, Noah.” She stepped back and his hand slid out of her silky hair and across her soft skin along her neck.
“Night.” He stood rooted to the floor and watched her leave, aching to go after her. 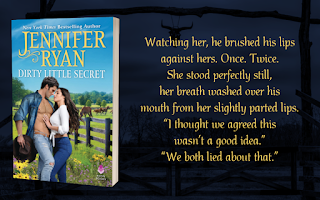 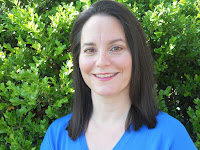 New York Times & USA Today bestselling author Jennifer Ryan writes suspenseful contemporary romances about everyday people who do extraordinary things. Her deeply emotional love stories are filled with high stakes and higher drama, love, family, friendship, and the happily-ever-after we all hope to find. Jennifer lives in the San Francisco Bay Area with her husband and three children. When she finally leaves those fictional worlds, you’ll find her in the garden, playing in the dirt and daydreaming about people who live only in her head, until she puts them on paper.