Book Tour for As You Were by Lee Piper (REVIEW)

As a fan of rockstar romances, I found myself enthralled by this emotionally intense tale of past hurts and new beginnings.  Keep reading to get a tempting taste of As You Were by Lee Piper, along with my impressions of this scorching and gritty romance, then add this second installment in the Rising Star series to your bookshelf. 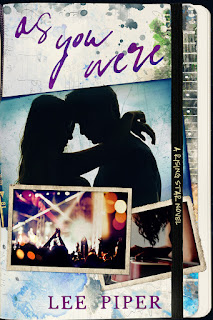 They say love is beautiful.
They lie.
Love is a dark, broken man with whiskey-colored eyes. Love is knowing he will never return my feelings. It is the final chord of a guitar riff as it bleeds into silence.
Love is Zeke Danton.
I convinced myself I needed him. I thought there was no one better to record my debut album with...
I was wrong.
Encased in layers of ice, he wears his pain like a protective shield.
Wanting what I can’t have might ruin me. But so help me, I crave his destruction. 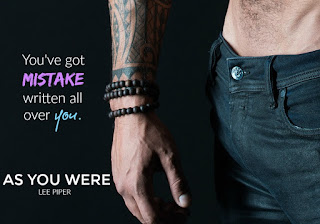 BUY THE PREVIOUS INSTALLMENT IN THE RISING STAR SERIES, LIE TO ME, here.

As a reader obsessed with rock star romances I’m constantly on the lookout for new-to-me authors telling stories set in the sexy and intense world of music. With this second installment in the Rising Star series I found every one of my buttons pushed courtesy of a larger than life couple and their combustible connection.  Theirs is a relationship playing out under the harsh lights of the heroine’s burgeoning fame and weighed down by the hero’s painful past and their ups and downs pulled me in wholeheartedly.  From the first page to the last this story held me captive and once the final page was turned I was ready to read it all over again.

Willow’s an unforgettable heroine devoted to her band’s building success and to the care of her mother.  When it comes to her music she gives hours to growing her talent and it’s a true joy seeing her play guitar.  Not only does she love music, but she loves the talent given to her by her ailing mother, a talent that will last long after her mother passes.  Gaining fame is in honor of her mother and the upcoming wealth will make life better for her mother in her remaining years and it’s these reasons that had me rooting for her.  Willow’s an eclectic heroine, in her looks and in her way of living.  She’s a vegetarian who loves crystals and reads auras, she does yoga, and is content making do with what she has.  She’s a strong-willed heroine with a kind heart and she constantly endeared herself to me through her words and deeds.  The moment she met Zeke she knew he was trouble, but something about him called to her and had her reaching out to him despite the brick wall he put up.  She’s able to see past the angry wall he put up to form a heartfelt connection to him that had me cheering them on towards HEA.

Zeke Danton’s a top-notch music producer set to work with an up and coming rock band that will forever change his life.  Reader’s first impression of Zeke is that he’s rude and controlling, but in truth he’s just exacting and committed to perfection in the bands he works with.  Their success becomes his and his ego needs a boost after all the nastiness he was put through courtesy of his ex-wife. Zeke’s rather cold and closed off at the start but being around Willow shows a bit of thawing in his temperament.  His anger over his ex and other past betrayals have him unwilling to put his heart on the line at first, but Willow challenges him at every turn.  He can’t help showing his protective side when she asks for nothing to make her own life better and the more time they spend together the bigger his heart seems.  His actions turn sweeter when it comes to Willow, but he also retains a naughty side that shows his talent for dirty talk and a bit of sensual control.  He ends up being a delicious hero who kept my attentions glued to the page.  He was a bit rough at times, but it was clear he had a good heart too that had me rooting for Willow to win him over completely.

This was a deliciously decadent tale from start to finish, mostly told from the perspective of Willow but with exhilarating interactions with a drool-worthy hero with plenty of emotional baggage of his own.  They may look like opposites but when it comes to music and matters of the heart they are in perfect sync. They’re a crackling couple with sweet and sexy interactions that form a slow-burn relationship that kept me glued to each searing look and caring deed done to each other.  Not only was the romance combustible in this book, but medical issues surrounding Willow’s mother were also heartbreaking and handled in a realistic manner that brought a tear to my eye.  Surrounding this appealing main couple was a cast of equally enjoyable secondary characters.  I enjoyed seeing the main couple, Reid and Shiloh, from the previous installment and was happy to see their HEA continuing as they balance couplehood with fame.  I also enjoyed playboy lead singer Drake with his snarky behavior and look forward to the kind of woman to tame his unapologetic ways.  Reid, Drake, and Willow make a strong-willed trio though and their solidarity and protectiveness of each other warmed my heart.  They are an immensely likable band worthy of fame and with this book’s hard-won conclusion they’re one step closer to reaching the top.  Though this book can be read on its own I highly recommend reading the first installment in this series to get to know these characters from the very start.  Fans of rock star romances, and intensely emotional storytelling, will want to add this whole series to your bookshelf as it’s one you won’t want to miss. 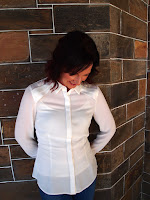 Lee Piper is a lover of books. She often juggles reading seven novels at a time for the sheer joy of it. When not writing, she is either reading, at the beach, or eating her body weight in chocolate.
Lee Piper's debut novel, Rock My World became a bestseller and was a Raven Award finalist for Favorite Contemporary Romance and Favorite Cover. Her second novel, Rock My Body, was voted Best Book by LASR Readers and was a finalist in the 2017 Readers' Choice Award. Lie to Me, Book #1 in the Rising Star series was reached number seventy-eight in the 2018 Goodreads Readers' Choice Award.
Lee Piper lives in South Australia, with her drummer husband, cheeky daughters, and neurotic dog.