A young woman runs away from the danger awaiting her at home straight into the arms of a past she thought she'd left behind in this older man/younger woman romance.  Keep reading to get a tempting taste of Venom by Harley Wylde, then add it to your bookshelf.  In honor of this first installment in the Dixie Reapers MC series make sure to fill out the form below for the chance to win a $10 Amazon GC too! 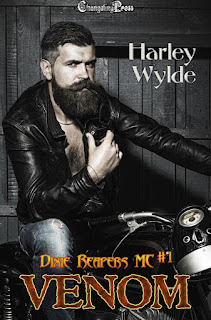 Ridley:
I might live in a mansion in South Florida, but my daddy was a biker, and I was definitely Daddy’s girl. When I found out my mom and stepdad had something horrible planned for me, I ran. Straight to the Dixie Reapers, the only place I’d ever thought of as home, but it wasn’t my daddy’s arms I ended up in. Venom is dark and seductive, the type of man who doesn’t take shit from anyone. Despite his hard exterior, being with him makes me feel safe, and his kisses make me ache for so much more. I’ve never been with a man before, but even as inexperienced as I am, I know that being with Venom will ruin me for anyone else, and I don’t care. I want him — all of him — and damn the consequences.
Venom:
I hadn’t risen to the rank of VP of the Dixie Reapers MC without getting my hands dirty. I’d been deep in blood and dirty money for over twenty years, could have any pussy I wanted whenever I wanted and how the fuck ever I wanted. But when an angel I hadn’t seen in fourteen years came back into my life, all it took was one look in her eyes, and I was a goner. As a kid, Ridley had been this little blonde cherub who lit up the place. Now she’s older, has curves in all the right fucking places, and damn if I don’t want her. The fact she was the nineteen-year-old daughter of a patched member meant I needed to keep my hands to myself, and I might have, if she hadn’t begged me so sweetly. Now she’s mine, and I’ll do anything to keep her safe, even if it means starting a war.

By the time I’d reached the Dixie Reapers compound, I ached from head to toe and felt near to collapsing. I’d been on the road for about ten hours, and the sky was already starting to lighten. My bike came to a stop outside the gates, and a Prospect sauntered forward.
“You lost, sweet thing?” he asked, flashing crooked teeth through the beginnings of a beard.
“Get Bull."
The man rocked back on his heels. “Bull’s busy."
“He’s not too busy to see me."
“Sure.” He chuckled. “The man’s balls deep in pussy, but I’m sure he’ll just run right out here to see you."
I turned off the engine on the bike, swung my leg over the seat, and stalked forward, poking the asshole in the chest and giving him the fiercest look I could muster. My shoulders were thrown back, and I hoped I looked more intimidating than I was. “Look here, you piece of shit. You get Bull, and you fucking get him now."
The man grabbed my hand and twisted so that I went down on my knee, my arm behind me at an odd angle.
“I don’t care who the fuck you think you are, bitch. You don’t fucking touch me unless you’re going to wrap your lips around my cock."
Booted steps drew near. “Is there a problem, Pete?"
“Just some fucking whore who insists on seeing Bull,” the man said, twisting my arm a little more and making me cry out. “Fucking poked my chest and bowed up at me like she’s fucking someone."
The man in the shadows chuckled. “Is that so?"
The boots came closer, and a dark head of hair appeared. The eyes that fastened on mine nearly took my breath away. I’d recognize those green eyes anywhere.
“Venom,” I said softly.
His gaze narrowed. “Just who the fuck are you, sweetheart? Because I sure as hell don’t remember you."
“I’m Ridley Johnson,” I said, my voice almost a whisper as dots swam in front of my vision. If the Prospect turned my arm any more, it would break.
Surprise flashed in Venom’s eyes, and he shot up to his full height. The crack of a fist filled the silence, and I was suddenly released. As I tumbled the rest of the way to the ground, strong arms wrapped around me.
“I’ve got you, baby girl,” Venom murmured. “No one’s going to fucking touch you again.” 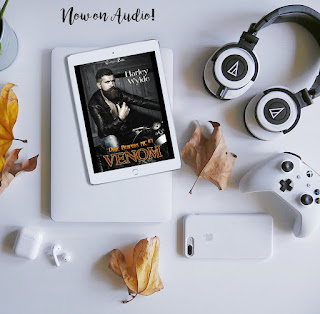 LISTEN TO AN AUDIO SAMPLE here. 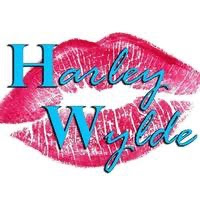 Harley is the international bestselling author of the Dixie Reapers and Devil's Boneyard series.
When Harley is writing, her motto is the hotter the better. Off the charts sex, commanding men, and the women who can't deny them. If you want men who talk dirty, are sexy as hell, and take what they want, then you've come to the right place.
Harley Wylde is the "wilder" side of award-winning science fiction/paranormal romance author Jessica Coulter Smith. For fans of Gay Erotic Fantasy Romance, Harley/Jessica also writes as Dulce Dennison.
Check out Harley's other books, and read some random facts about the author, at harleywylde.com.
Follow Harley on Amazon to be notified of new releases, or sign up for her newsletter.