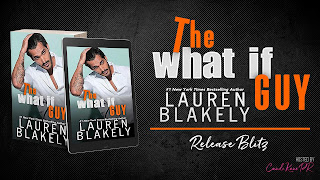 After one missed opportunity a combustible couple finds themselves engaged in a relationship full of witty banter, scorching encounters, and a bit of secrecy as he's the new boss of her company.  Keep reading to get a tempting taste of The What If Guy by Lauren Blakely, along with my impressions of it, then add this second installment in The Guys Who Got Away series to your bookshelf! 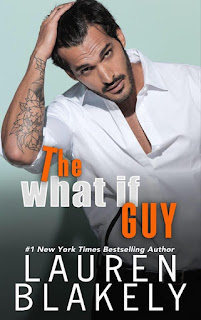 It should be an easy rule to follow - don't bang your boss...
But I didn't know who he was when I met him.
And the first time I saw him, our connection sounded like the stuff of romantic legends -- that whole "their eyes locked across a crowded room" moment that turned into more.
I didn't believe it...until it happened to me.
Fine, the charming, clever, sexy-as-sin guy in the tailored suit was only trying to buy the same Snoopy lunchbox (as a gift!), but still, our eyes totally locked, and my lady parts definitely tingled as we vied for the prize.
Naturally, I did what any badass business woman would do. Negotiated for the lunchbox, then found my what-if guy online and made plans to see him the next night. One night only -- that was the deal we made.
But one fantastic night had us both changing our minds in the morning. And making plans for another.
Until I walked into the office to learn he just bought my company.
And here's the biggest rule of romantic legends -- no matter what, don't bang your boss. Especially if you're already falling for him. 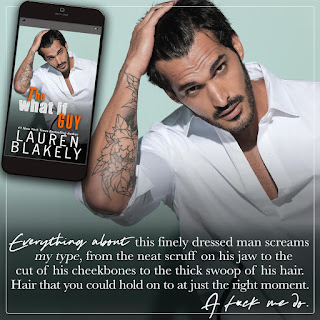 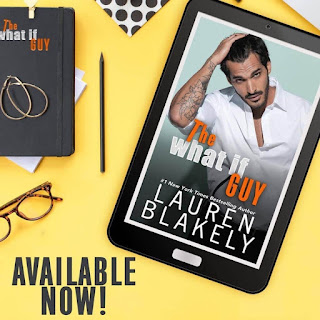 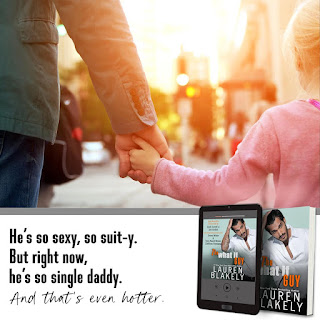 From the very start this story grabbed my attention!  From a crackling first meeting between the main couple, to fun and flirty banter, to a storyline with very little angst and a delightful cast of secondary characters I found much to entertain me.  From the first page to the last I wore a perpetual smile while blushing a time or two along the way as this couple worked their way to HEA.

Logan Clarke's a man still dealing with his divorce, a man who's older and wiser, but still dealing with the hurt while figuring out where everything went wrong so it doesn't happen again.  He's got a twin sister, and a supportive group of friends, who often mock him but at the end of the day they're the ones helping him find happiness.  He also has a daughter who he dotes on, a daughter who's his everything, and whose interactions endeared him to me.  Add in a pair of clever and eccentric cats and readers will find an unforgettable cast of characters who made this an even more delightful read.  Logan's a delicious hero, sexy with moments of uncertainty when it comes to his relationship with Bryn.  As the story progressed though he definitely became more self-assured, letting loose an Alpha vibe when in Bryn's presence that turned up the heat.  There's a lot of give and take between these two, a beautiful balance that made them perfect for each other and had me rooting for them...especially once their new relationship hit a snag over Logan becoming her boss.

Bryn Hawthorne's a wonderful heroine, a strong-willed and confident woman when it comes to work.  She's energetic and outspoken, knows what she wants and isn't afraid to let others know what's on her mind...both in the bedroom and at work.  This outspoken nature added an extra layer of eroticism to scenes that featured a bit of lite bdsm and I enjoyed these moments of power play.  When it comes to her heart though she's a bit more guarded.  As a divorcée with an ex who cheated on her she's a bit leery of the insta-attraction she feels towards Logan. With the support of her friends/coworkers (her best friend being a definite highlight throughout the story and one I’d love to see more of) she jumps in with her eyes wide open in an increasingly combustible connection.  Finding out he's her boss may cause a small hiccup, but their HEA is meant to be in a romance full of steam along with some heartfelt moments.

There was much that was familiar in this story, it's a storyline that's been done before, but Ms. Blakey does it oh so well.  The main couple is immensely likable with interactions that practically jumped off the page. There were moments of sizzle balanced out by fun and flirty banter that felt more like foreplay and I couldn't contain my smile as their growing connection brought me joy.  I don't normally care for kids in my romances but Logan's daughter was a delight and I liked seeing his fatherly side come out.  It made him the quintessential book boyfriend, a good and sexy man with a heart of gold.  The secondary characters were equally appealing with each more than ready to take center stage. Logan's sister had her story told previously so it was nice to get an update and it gave her an extra reason to want to see him happy.  The character that has me most excited though is the sexy and snarky Fitz whose story is next and which has me counting down the days in breathless anticipation.  Once again Ms. Blakey has crafted a winning romance, one that brought me smiles and blushes, and it is the perfect read for a scorching summer with events you want to escape from...it's better than Calgon for its escapism that's for sure!