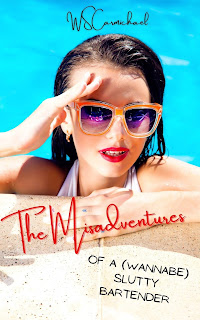 Ava Moreland has it all planned out. In two months, she will marry her fiancé, Tim. She’ll continue working at Vegas’s famous Cosmopolitan bar while he runs his father’s accounting firm. Soon they’ll start a family and she’ll have the white picket life she’s always dreamed of. Or not.
When her fairytale engagement implodes in a devastating display, Ava embarks on a quest to reclaim her identity and feminine prowess – by sleeping her way through Las Vegas. With her best friend, Jarrod, acting as wingman her plan is foolproof.
Or not.
Nothing goes as planned with hilariously disastrous results. Her sexual misadventures will keep you in stitches as Ava searches for herself in Sin City, finding herself and her happily ever after in the unlikeliest of places.
EXCERPT:
The day passes quickly and before I know it, I’m getting out of an Uber in front of the Tropicana. I smooth the imaginary wrinkles out of my dress, hike my purse higher on my shoulder and walk through the main entrance. I try my best to ignore the butterflies in my stomach while I make my way to our designated meeting area.
I remind myself even though I am not normally a one-night stand kind of girl, I am committed to stepping out of my old way of living. I do not want to be that girl. You know, the one who never takes a risk, never steps off the safe, well-lit path she’s laid out for herself. The one who looks back over her life when she’s gray and old, only to realize she settled. She settled for the sure bet, the man who could never own her heart enough to truly break it, the safe career and the white picket fence. She settled for all the things she knew could never make her soul sing but could never make it cry either.
I no longer want to be that girl.
I want to be the girl who lives life, the girl who seizes every opportunity. I want to be the girl who embraces her wild side until she finds a man who can tame it, not suppress it. Tonight, I want to be the girl who doesn’t go home and molest her showerhead.
BUY AT AMAZON here. 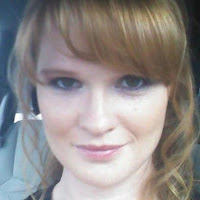 AUTHOR INFO:
WS Carmichael is attempting to write the world into romantic bliss one novel at a time. Based in upstate NY, she travels as often as her hectic schedule will allow. When she isn’t busy writing, she’s a mother, nurse and avid sportswoman.
WS Carmichael fell in love with romance at an early age when she would sneak Harlequins from her mother. A voracious reader, she eventually made the jump to writing.
Writing is her passion and she’s always jotting down new storyline and character ideas. Often, her characters take on a life of their own and don’t always cooperate with her plan for them. Creating well developed, strong alpha male characters that don’t fit into the typical romance hero mold makes her novels exciting and relatable. A woman who believes wholeheartedly in happily ever after, she gives her heroes the heroine they deserve.
WEBSITE  |  FACEBOOK  |  TWITTER
**********GIVEAWAY**********
a Rafflecopter giveaway
at May 06, 2021