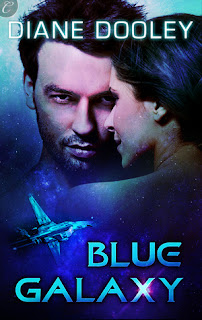 Javan Rhodes is a hunted man who just got the payout of a lifetime just for transporting an upper-crust snob named Sola who's destined to marry an unknown man for political gain.  At least that's what he thinks his mission is.  Soon, he finds out that Sola isn't at all what she appears and the woman he becomes attracted to is soon using him as a pawn to change the galaxy.

This is an interesting sci-fi story with a hero to die for and a heroine who's a bit less than worthy of him.  Javan is sexy and honest with a traumatic past he's constantly running from.  I was amazed at how well-adjusted he is considering how much he was tortured by a conniving female.  I ached for the pain he went through and so wanted him to end up with someone who could soothe his soul and give him as much love as he expresses throughout the story.

Which is why I'm surprised he falls so quickly for Sola.  She pretends to be a naive young girl wanting to spend her last moments of freedom in his bed, but that's when her lying starts.  One moment she's demure, the next moment she's a warrior woman.  You never know the real Sola, everything she says and does is part of a plan.  She uses Javan from the very start and never shows remorse for her actions.  A character that's full of lies with no true personality is hard to like.  I felt no connection to her at all and therefore don't believe in their relationship.  Javan is already running from one manipulative woman and now finds himself with another.  He deserves much better.

This story is a fast read that ends rather abruptly leaving the door wide open for a sequel.  I had hoped for a bit more action ala Star Wars, but too much time was spent on Sola and her lies.  The hero is to die for and was the highlight of the story while the heroine left me cold.  I'm intrigued to see how the political intrigue ends, but hope not to see Sola and her manipulative ways again.  I definitely don't regret reading this, but I regret being introduced to Sola.

My rating for this is an C.