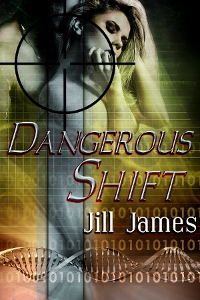 Shapeshifters live among us but remain unknown to most people except for the highest echelons of law enforcement, the military, science, and medical fields—until now.

SHE IS A LOOSE CANNON WITH AN ATTITUDE...

When a fatal virus strikes Shapeshifters all over the West coast, including members of the Shapeshifter Task Force in San Laura, California, reinforcements are called in from around the United States.

Lt. Nikki Hill of Missouri comes to San Laura and is partnered up with Lt. Sean Evans. They quickly butt heads on everything from proper police procedures to the moral ethics of euthanasia. They can’t seem to get a lead on the serial killer even as members of their own families are stricken with the virus. In their grief they turn to each other and hope they have time to discover if their relationship stands a chance or if they might just be the next victims of the species extinction disease.


As a fan of the paranormal who has read many shapeshifter stories it's difficult to find an author who can put a unique spin on a well-used theme.  Jill James is that author, who with her release Dangerous Shift, has put a new spin on the tried and true shapeshifter myth.  Her shapeshifters can morph into the opposite sex with each sex having their own personalities.  For the characters in this story who are cops, this kind of change can be quite useful and plays a vital role in bringing the villain to justice.

Nikki, in her female form, is one tough cookie who needs no man to protect her. She can be flippant at times and jumps the gun before thinking but she's serious when the case gets deadlier and hits home.  Her other half Nick is calm and full of zen and he's useful to have when Nikki needs a calming influence.  She wasn't interested in relationships until she met Sean.  He's the exact opposite of her but something clicks between them immediately and their first encounter binds them in an unexpected way that Nikki fights every step of the way.  Not until heartache strikes her and her mortality closes in does she admit the truth about her feelings and I wanted to shake her silly for waiting so long.

Sean is a serious man who's been surrounded by death with the loss of his partner, friend, and relative.  These losses weigh heavily on him, as does the truth of his lineage which when discovered by Nikki puts their relationship in jeopardy because of her prejudices.  We don't really see his other half Shauna but a clever plan to trap the villain shows just how talented Sean is in shifting into other people.  Sean is extremely loyal and devoted and won't let Nikki push him away no matter how hard she tries.  When he literally puts his life on the line for her you know we have the quintessential hero and I was completely in love with him.

The villain in this story is truly vile by thinking that their act of genocide is justice.  We see early on who the villain is and their reason behind their deeds, but it's a connection to a secondary character that's most surprising and takes the story to an even more emotionally intense level.  Also intense is the sexual interludes between Nikki and Sean.  There's sexual tension from the start and once they hit the sheets they connect on an unexpected mystical level that very few of their kind experience.

This was a very satisfying read that kept me on the edge of my seat from beginning to end.  With two headstrong lead characters you know that their HEA won't come easily, which makes the story's culmination even more satisfying.  With a credible villain and unexpected deaths, the reader is on an emotional roller coaster that speeds along to its heartwarming conclusion.  Fans of the paranormal will find this book a wonderful addition to the genre and here's hoping this isn't our last visit to this intriguing world Jill James has created.

*I received this book from the author in exchange for my honest opinion.
at September 08, 2012

***Win 5 sets of books in honor of Enjoy the View by Sarah Morgenthaler here. Ends 2/6.