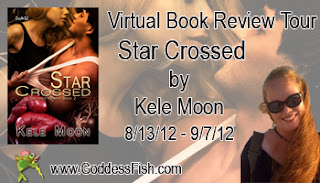 Books featuring MMA fighters are becoming popular and it takes a lot to make a story stand out.  Kele Moon has done just that as Star Crossed, the second book in her Battered Heart series, features likable characters torn apart by fate along with exciting fight scenes and heart pounding suspense.  So let's give you a taste of this super sexy read along with an awesome giveaway.... 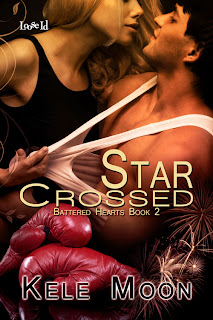 Heavyweight UFC fighter, Romeo Wellings comes from the hard streets of New York where his family ties to the mafia cause him nothing but pain. His life takes a surprising detour when he crosses paths with the twin sister of his long time enemy. After a steamy one-night stand, he faces the fight of his life, but it’s not in the cage. The secret relationship that blooms between Romeo and his real life Juliet has him battling his family and a dark past rather than let her go.
The only lawyer in her hometown of Garnet, Jules Conner is also a volunteer Sheriff’s deputy and co-owner of a successful MMA training center. Strong and dependable, Jules is always there for those who need her. Until one forbidden night in Las Vegas with Romeo leaves her feeling so alive she can’t stop reaching out to the sexy, bad boy of MMA, even knowing the forbidden love affair could jeopardize everything.
As the tide rises against them and the people they love work at keeping them apart, Romeo and Jules hold onto a dream for a better life together and vow to go down fighting rather than accept a tragic ending.

EXCERPT:
“I don’t do fighters.”
Romeo snorted. “Really? You could’ve fooled me.”
“That was an extreme situation. It shouldn’t have happened. You need to stop calling me.”
“You gave me your number.” He was quiet for one long moment before he confessed. “And I think about you—a lot.”
She thought about him too.
In fact Jules couldn’t stop thinking about him. She’d barely gotten any sleep in four nights, and it was starting to affect her life. The Christmas lights blurred to misty streams of color as she admitted, “I think about you too, but you can’t call me anymore. It was fun, but it’s over.”
“I’m saying yes to Clay,” he said dismissively, ignoring her wishes in a bullheaded way that was totally infuriating. “I’m coming to Hicksville. I wanna see what the hell they put in the water that makes such badass fighters. Clay took a bullet like he was friggin’ superman and then lay there bleeding like it was no big deal. I’ve never seen anything like it.”
“You better not,” she warned, wondering how on earth she’d ended up falling into bed with the one man she couldn’t intimidate. “I grew up drinking this water, Romeo. You come here and start messing with my life, you won’t have time to worry ’bout Clay and Wyatt. I’ll dent that hard head of yours personally.”
“That sorta turns me on.” Romeo’s voice was taunting and sexy. “I like ’em feisty. Especially with that twangy accent you got going on. I’d give my last UFC check to see you in a pair of Daisy Duke shorts. With those long legs, I bet they’d look amazing.”
“I ain’t kidding. Three rounds in the cage with me and you’ll be running back to New York with your tail between your legs. I’m a scary bitch. I can give you a long list of references confirming it.”
“You can get me in a cage anytime you want. If it turns you on, it turns me on too. Bruises don’t scare me. Hurt me, baby. I like it.”
Jules let her head fall into her hand. She knew there were several good reasons why fighters were off the menu. She couldn’t exactly intimidate a guy who made a living in the cage. “This ain’t happening.”
Romeo was quiet on the other end for one long moment before he said in a soft, sensuous voice that sent goose bumps dancing over her skin, “Juliet.”
“Don’t call me that.” She sighed, hating that both her body and mind responded to her name on his lips. “Just don’t call me. Period.”
“I wouldn’t tell anyone. It’s not exactly stellar timing for me either, but no one has to know what’s between us.” 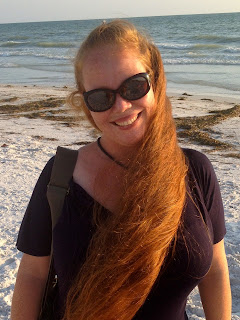 A freckle-faced redhead born and raised in Hawaii, Kele Moon has always been a bit of a sore thumb and has come to enjoy the novelty of it. She thrives on pushing the envelope and finding ways to make the impossible work in her story telling. With a mad passion for romance, she adores the art of falling in love. The only rules she believes in is that, in love, there are no rules and true love knows no bounds.

So obsessed is she with the beauty of romance and the novelty of creating it, she’s lost in her own wonder world most of the time. Thankfully she married her own dark, handsome, brooding hero who has infinite patience for her airy ways and attempts to keep her grounded. When she leaves her keys in the refrigerator or her cell phone in the oven, he’s usually there to save her from herself. The two of them now reside in Florida with their three beautiful children, who make their lives both fun and challenging in equal parts—they wouldn’t have it any other way.

Kele will be awarding a $25 Amazon GC to one randomly drawn commenter during the tour.

-Giveaway is OPEN TO EVERYONE!
-To be entered, MUST leave a comment, ALONG WITH YOUR EMAIL ADDY.
-One commenter will be chosen randomly from all comments made throughout the tour, so the more tour stops you make a comment on the greater your chances of winning.  A list of all participating blogs can be found here.
-Giveaway ends at 11:59 PM CST on 9/7.
at September 03, 2012