Book Spotlight on One Dark Wish By Sharon Wray (GIVEAWAY)

Readers will find themselves drawn to this contemporary tale full of action and mystery as an ex-Green Beret wages a battle against an enemy that leaves his life and that of the woman he’s coming to rely on in jeopardy.  Keep reading to get a tempting taste of One Dark Wish By Sharon Wray, then start counting down the days until this romantic suspense book hits bookshelves on September 24th.  In honor of this second installment in the Deadly Force series make sure to fill out the form below for the chance to win 1 of 5 copies of the first book in this series too! 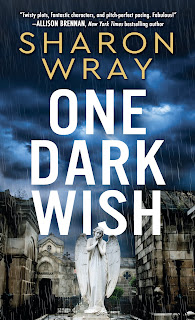 Her life must be forfeit for his to be redeemed.
Historian Sarah Munro is not used to being shot at, but that’s just what happens while she’s poking around cemeteries on Georgia’s Isle of Grace, searching for the key to a centuries-old cipher. Her quest has unwittingly drawn the attention of two deadly enemies intent on destroying each other—and anyone who gets in their way.
Ex–Green Beret Major Nate Walker is on a mission of his own: to restore the honor of his men. To do that, he is required to stop Sarah—or one of his own men will die. Caught in the middle of a deadly rivalry, Nate can’t afford to trust the woman standing in his way. But his heart says he can’t afford not to… 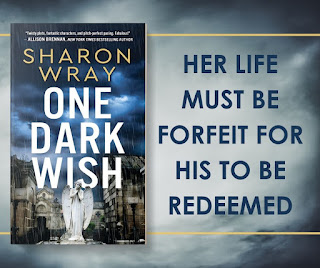 Sharon Wray is a librarian/archivist who studied dress design in the couture houses of Paris and now writes stories of adventure, suspense, and love. She’s a three-time Daphne du Maurier® winner and an eight-time RWA Golden Heart® Finalist. Visit her online at her website HERE. Sharon lives in Northern Virginia with her husband, teenage twins, and Donut the Family Dog.

a Rafflecopter giveaway
at September 17, 2019