Fans of Regency romances will be drawn to this tale of a young man desperately in need of dowry money who finds unexpected love with a woman with no money of her own but who's looking for answers.  Keep reading to get a tempting taste of Indecent by Darcy Burke, then learn even more about this book by visiting the other sites hosting this tour.  In honor of this fourth installment in the Phoenix Club series make sure to fill out the form below for the chance to win an e-copy of the first book in this series too! 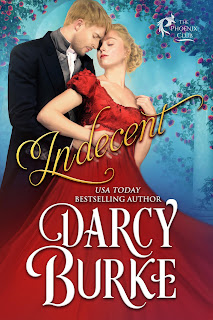 If Bennet St. James, the Viscount Glastonbury, doesn’t find a bride with a sizeable dowry, he’ll be in the poorhouse along with his interminable number of female relatives—all of whom he loves but are a drain on the negative fortune his father left when he died of a broken pocketbook. Desperate, he hatches a scheme to snare an heiress only to be foiled by a most vexing and alluring—and unfortunately equally destitute—paid companion.
Lady’s companion Prudence Lancaster is single-minded about finding her mother and filling in the missing pieces of her life. But a villainous viscount interrupts her plans, and his surprising charm and understanding tempts her in the most indecent ways. Soon, she’s dreaming of the future instead of wallowing in the past.But when Bennet shares a dark secret, her hopes are dashed. For he won’t break the promise he made to his family, even if it means losing the greatest love he’s ever known.
EXCERPT:
“What will you do after you return me to London? Do you plan to stay for the rest of the Season?”
“If you’re wondering whether I’ll slink back to Somerset with my tail between my legs, the answer is no. I do need to go home to check on things, but hopefully, I’ll find an heiress first.” He lifted a shoulder. “Someone will want to marry a viscount. At least I have a title to sell.”
She frowned gently, her lush lips pulling down. Lush? He ought not characterize her in such a way. She was not for him to lust after. Still, it was difficult to ignore her beauty.
“You can’t marry for love, then,” she said matter-of-factly.
He gave a humorless laugh. “I haven’t the luxury of that, I’m afraid. I will hope to marry someone I like and admire.”
“I can understand. Love is a luxury, isn’t it?”
“Why do you say that?” He found her to be rather enigmatic. She was very stiff, save her bouts of pique, which he’d thoroughly earned.
“Love brings obligations and...messiness,” she said offhandedly. “I’m alone now, and it’s far more convenient—financially, emotionally, in all ways, really.”
He couldn’t argue that love was untidy. He had only to think of his family. They loved one another dearly, even his father, but there were plenty of other messy, complicated emotions and situations. “You’ve no desire to fall in love? To marry?”
“No.” 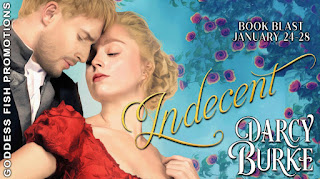 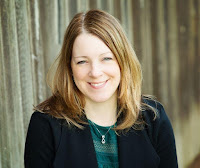 AUTHOR INFO:
Darcy Burke is the USA Today Bestselling Author of sexy, emotional historical and contemporary romance. Darcy wrote her first book at age 11, a happily ever after about a swan addicted to magic and the female swan who loved him, with exceedingly poor illustrations. Click HERE to join her Reader Club.
A native Oregonian, Darcy lives on the edge of wine country with her guitar-strumming husband, artist daughter, and imaginative son who will almost certainly out-write her one day (that may be tomorrow).
They’re a crazy cat family with two Bengal cats, a small, fame-seeking cat named after a fruit, an older rescue Maine Coon with attitude to spare, and a collection of neighbor cats who hang out on the deck and occasionally venture inside. You can find Darcy at a winery, in her comfy writing chair, or binge-watching TV with the family.
Her happy places are Disneyland, Labor Day weekend at the Gorge, Denmark, and anywhere in the UK—so long as her family is there too.
WEBSITE  |  FACEBOOK AUTHOR PAGE  |  FACEBOOK FAN GROUP  |  INSTAGRAM  |  TWITTER  |  BOOKBUB  |  GOODREADS AUTHOR PAGE
**********GIVEAWAY**********
a Rafflecopter giveaway
at January 27, 2022