Book Cover Reveal for Object of My Desire by R.L. Kenderson

It’s every reader’s dream as an average romance writer finds a sweet and scorching connection to a sexy cover model who’s more than just a pretty face in this upcoming contemporary romance.  Keep reading to get a tempting taste of Object of My Desire by R.L. Kenderson, while drooling over this sexy cover, then start counting down the days until this book releases on March 14th! 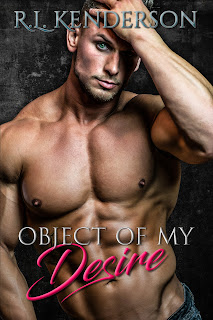 A romance author, a cover model, a book signing...a crush.
Ordinary women like me know we shouldn't fall for beautiful men like Travis Zehler, one of the hottest cover models in romance fiction. But sometimes we can’t help ourselves.
When I meet him at a book signing, my attraction to him is instant. I'm infatuated, and I can't stop thinking about him.
Even though I have doubts he’d ever be interested, I invite Travis to attend a book signing with me. And he says yes.
My fantasy comes true when he takes me to his bed, and the more time we spend together, the more I see that Travis isn’t some object to be desired.
He’s a man with a past. A man who’s been burned. A man who’s learned to keep his guard up.
I want to show him he can trust again, but when our confidence in each other is shaken, I began to wonder if happily ever afters are only for my romance novels. 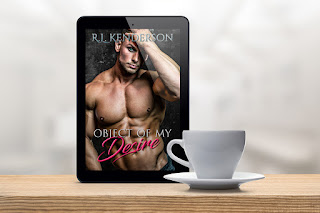 R.L. Kenderson is two best friends writing under one name.
Renae has always loved reading, and in third grade, she wrote her first poem where she learned she might have a knack for this writing thing. Lara remembers sneaking her grandmother’s Harlequin novels when she was probably too young to be reading them, and since then, she knew she wanted to write her own.
When they met in college, they bonded over their love of reading and the TV show Charmed. What really spiced up their friendship was when Lara introduced Renae to romance novels. When they discovered their first vampire romance, they knew there would always be a special place in their hearts for paranormal romance. After being unable to find certain storylines and characteristics they wanted to read about in the hundreds of books they consumed, they decided to write their own.
One lives in the Minneapolis/St. Paul area and the other in the Kansas City area where they’re a sonographer/stay-at-home mom/wife and pharmacist/mother by day, and together they’re a sexy author by night. They communicate through phone, email, and whole lot of messaging.
You can email them at rlkenderson@rlkenderson.com, or sign up for their newsletter. They always love hearing from their readers.