Book Release Blitz for Boyfriend For Hire by Kendall Ryan

A man used to being valued for his looks finds himself unexpectedly attracted to an average woman who doesn’t know the truth about what brought them together at a wedding in a sweet and sensual contemporary romance.  Keep reading to get a tempting taste of Boyfriend For Hire by Kendall Ryan, then add this just-released title to your bookshelf. 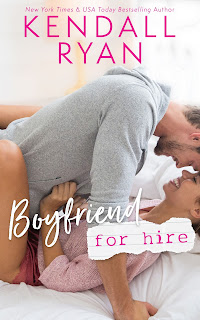 I’m the guy you call when you need to impress your overbearing family, your boss, or your ex. Yeah, I’m a male escort, but not just any escort, I’m the escort. The one with a mile-long waiting list and a pristine reputation that’s very well-deserved.
I’m the guy who’ll make you feel beautiful, desired, and worshipped . . . all for a steep price. I’m hired to make you shine, and I always deliver.
I’ll be whatever you want me to be for one night—except my true self. This is just a job, a role I play to earn a paycheck.
But I’m not the guy who falls for a client. Not once in six years.
And then I meet Elle. Her friend has hired me to escort her to a wedding, but Elle doesn’t know we’re just pretending.
There’s a fire between us I never expected. A connection I haven’t felt in so long. One kiss, and I’m losing all control.
But what will happen when she finds out who I really am? 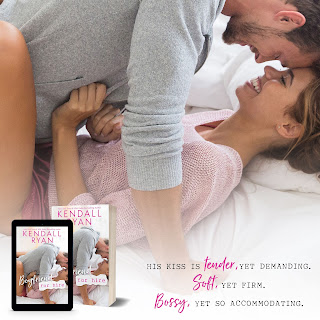 A New York Times, Wall Street Journal, and USA Today bestselling author of more than three dozen titles, Kendall Ryan has sold over 2.5 million books and her books have been translated into several languages in countries around the world. Her books have also appeared on the New York Times and USA Today bestseller lists more than 70 times. Ryan has been featured in such publications as USA Today, Newsweek, and InTouch Magazine.
She lives in Texas with her husband and two sons.