Book Tour for Someone Like You by Alexandra Silva (Review & GIVEAWAY)

Friends-to-lovers fuels this story of a journey teeming with sexual tension as her memories of the past and his shame over his sister’s addiction weigh heavily on their burgeoning romance.  Keep reading to get a tempting taste of Someone Like You by Alexandra Silva, along with my impressions of this emotionally intense read, then add it to your bookshelf.  In honor of this third installment in the Imperfect Hearts series make sure to fill out the form below for the chance to win a $10 Amazon GC too! 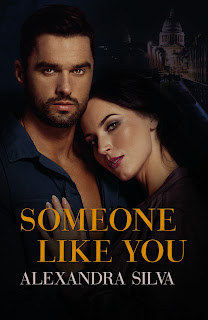 Dorian Anson is my friend. She's the only person who's ever questioned my smiles. My jokes. The one liners that have our friends shaking their heads at me.
I've lived my life on those smiles. They never failed me, until her.
I wasn't counting on her when I designed my front. I never imagined the possibility of someone like her coming into my life.
The wild hair, the kind smile and those eyes that see everything.
She was the girl with the beautiful soul, pretty face and whole heart. But hearts aren't made to stay whole.
I watched hers break. I watched her tears fall. I watched as her world tilted on its axis and shattered at her feet.
This girl.
She sees me, all parts of me—the truths I try to hide, the secrets I bury. What's mine and what's not.
She sees it all, and I can only hope the truth isn't too much. That she won't walk away.
That she won't leave me...alone.
We both have a past. We have ghosts. We have fears.
I'm hoping that somehow in the end, we'll have each other too.
I've never needed anyone before her, and I know I'll never want anyone else after her.
There is no one like her.
My pretty girl.
Dorian. 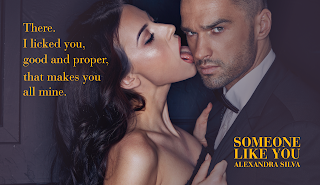 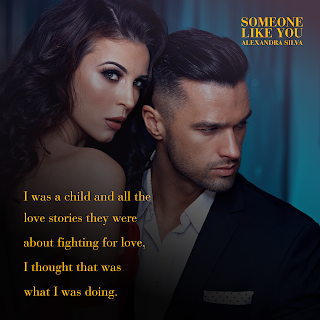 From the very moment I started reading this book I found myself captivated by the deep connection between Dorian and Jake.  They’ve been friends for many years, leaned on each other in a connection that is evolving into something more as the sexual tension surrounding them is becoming too much to ignore.  With their pasts invading their present though it will be an emotionally intense journey to reach HEA, a journey that readers have watched evolve throughout this series and have been rooting for every step of the way.

Dorian Anson’s a single mother, a hard working lawyer who’s devoted to her son.  Memories of her dead husband are always present though and it’s clear that it’s keeping her from moving on and finding her own HEA.  The two times in the past that she’s given into her needs she was left feeling dirty and frustrated, a cheater to her dead husband’s memory.  These kinds of conflicted feelings are just part of the chaos her friend Jake inspires in her just as she’s coming to realize she’s no longer content to be just friends.  He may have started out on the periphery of her life, but he slowly became more vital to her as he was there when she gave birth to her son and has been there as a father figure ever since.  She doesn’t want to lose him as a friend, but she can no longer ignore the call of his body and the sexy feelings he inspires in her.  Throwing caution to the wind she decides to give into having fun which ultimately leads to more in a sweet and sexy journey to HEA that has them both revealing hard truths along the way.  Dorian’s an immensely appealing heroine, kind and focused on her son to the exclusion of her happiness.  Where others see a fun loving Jake, she sees a man hiding his pain behind a smile that has her longing to hug him which made me appreciate her all the more for looking past the pretty packaging to ease his pain.  Dorian’s interactions with her girlfriends also show someone who’s fun and easy to relate to in scenes of bawdy talk and sassy comebacks.  She’s the kind of heroine you root for and I became quickly invested in her HEA.

Jakob Roth’s had a rocky life growing up, but you wouldn’t guess that with his quick smiles and jovial attitude as an adult.  Things just seem to roll off him as he lives a life of sensual pleasures and one-night stands.  He’s a sexy and successful man, supportive to his friends and family, but behind that commanding facade is a man who’s hurting for those he loves most.  Family is clearly his greatest strength, but it’s also a weakness as he’s left on edge dealing with his sister’s addiction which keeps him from committing wholeheartedly to other relationships.  It’s fear over commitment that holds him back from telling Dorian about his growing feelings for her, fear over not being good enough due to his less than ideal past.  She’s had enough pain in her life and he doesn’t want to make things worse for her, but he can’t keep his hands off her for much longer.  His life has become entwined with hers so deeply, he’s become far too important to her son, to jeopardize on one night which has him putting everything on the line to earn her heart and soul for his very own. Jake’s a delicious hero with a fun and flirty attitude that belies something much deeper.  He’s dedicated and quick to help which is why his sister’s addiction weighs so heavily on him.  There’s no easy fix in scenes that were realistic and vividly depicted in heartbreaking ways that pull you into the pain of addiction for the addict and everyone around them.  Jake deserves happiness though and in his scenes with Dorian he can truly be himself, imperfections and all, which had me cheering him on in his sensual battle to claim her as his own.


This was a sweet and sensual story full of emotional intensity as friends became lovers. It’s a journey that pulls at the heartstrings while warming the heart. Dorian and Jake are great as friends, supportive and caring of one another while fighting their obvious attraction, but they sizzle as lovers in flirty and sexy exchanges.  Both have issues to deal with before they can fully commit though, hers from the past and his in the here and now, and it added an extra layer to their burgeoning romance that made their relationship even more authentic. Surrounding this immensely appealing main couple was a large cast of secondary characters, some friends and some family, that enriched the story through playful interactions and heartwarming support when it was most needed.  The most notable for me being Willow, the fun-loving friend with the tell it like it is attitude.  She unabashedly embraces her sexuality which leads to some chuckle-worthy exchanges with Dorian and her other friends and I look forward to her finding a HEA of her own.  Dorian and Jake’s HEA has been a long time coming as readers have watched it grow through the previous books in this series.  Though this book can be read on its own the romance between these two becomes richer seeing where it all started and I greatly anticipate seeing more of them in the future in a story and series that’s been beautifully crafted. 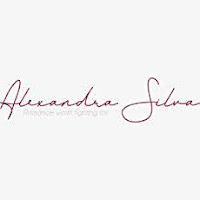 Alexandra Silva is a lover of words and romance. She blames the classics and a nutty English teacher for her obsession with books and fiction. Come rain or shine with either coffee or wine in hand you can find her with her nose stuck in a book and her head in the clouds. She lives in London outnumbered by her very loud boys, with her very own hero and their two wild cats--Jack and Jill.

a Rafflecopter giveaway
at February 02, 2019