When it comes to marriage, the road to HEA can be a rocky one full of love and pain and that’s vividly on display in Ms. Ryan’s newest contemporary romance.  Keep reading to get a tempting taste of Jagged Ink by Carrie Ann Ryan, along with my impressions of this heartbreaking yet captivating romance, then add this third installment in the Montgomery Ink: Colorado Springs series to your bookshelf! 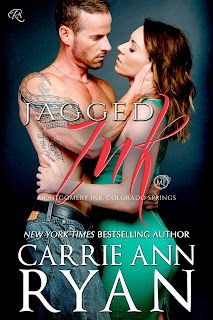 The Montgomery Ink: Colorado Springs series continues with a couple fighting to keep what they thought they had and gain what they didn’t know they needed.
Roxie Montgomery met her soul mate when she least expected it. When he asked her to marry her, she thought her happily ever after was only just beginning. Then, she found that walking into the sunset was much harder than her favorite books made it out to be. After a crushing loss, she feels as though she doesn’t know her husband anymore, or rather…she doesn’t know herself.
Carter Marshall has loved Roxie since the first time he saw her. But as the days pass between them, so does the distance. He doesn’t know how to show her that he’s all in, and honestly doesn’t know if she’s in at all. When an accident changes everything, they’ll have to decide if what they have can be salvaged, or if starting over is the answer. Or even possible.
Without fighting, without a true new beginning, sometimes, the remnants of what was lost can leave anyone jagged, shells of what they were before. It will take more than the idea of forever for Roxie and Carter to find themselves again, but as the Montgomerys know, nothing worth fighting for is easy. 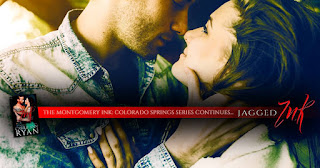 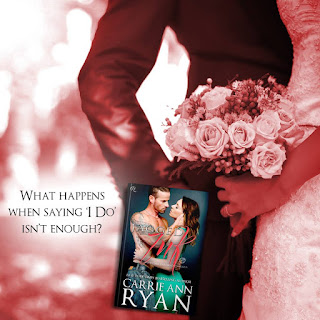 From the moment readers met Carter and Roxie we sensed the tension surrounding them, the unspoken sense of loss weighing on them and slowly pulling them apart.  With Carter being injured in an accident at the end of the previous book I had hoped that this would be the thing to bring them back to each other but it ends up being one small step in a rocky journey to finding themselves and each other again.  In a book full of sadness, and lots of frustration, there’s ultimately a sense of triumph as love truly overcame all.

Carter Marshall lost his family when he was 18 and since then he’s been surrounded by loneliness with only himself to count on.  Meeting Roxie though was like being hit by lightning and she quickly became his everything in a scorching connection that quickly took them down the aisle.  Love was abundant, sexy interludes and lots of touches fueled their marriage early on as their support for each other was quite clear.  For most couples this would be a HEA, but when a heartbreaking event befalls them they lose themselves and silence soon takes over in a steady downward spiral that’s leading to divorce.  It will take true courage, the courage of putting all your emotional cards on the table to start over in this romance full of conflicting emotions.  Carter’s an immensely appealing hero.  He’s loving, caring, and would do anything for those he calls family.  Where he was once a loner, he found a place of his own in becoming a member of the Montgomery family and the possibility of losing them hurts just as much as his losing Roxie.  Throughout this story he knows he’s losing her, longs to say the right words but is scared of making things worse.  He longs to give the world to Roxie but is paralyzed by fear, so he remains quiet and lets their silence continue to pull them apart.  It’s only by leaving that he’s able to find his home sweet home and I applaud all he did to get Roxie back.

Roxie Montgomery is the youngest in her family, used to being cared for and protected by her supportive, loving, and close-knit family.  She longs to prove herself though and it’s her need for independence that ultimately weighs on her marriage when she and Carter need to be leaning on each other the most.  The moment she met Carter she knew she’d found her HEA, her white knight that would give her the world if she asked.  Early on their marriage burned bright, happiness and love gave each of them a safe haven.  When a heartbreaking tragedy befell them though they lost themselves, particularly Roxie.  In a desperate attempt to move on she threw herself into work, accepting Carter’s silence without talking through their mutual pain.  It’s a journey full of sadness that soon reigns as they have to hit bottom before they can build themselves back up.  When true love is meant to be though it can overcome any adversity. Through everything Roxie’s the kind of heroine you can relate to, the kind who’s supportive and caring when it comes to family and friends  When it comes to her response to their tragedy though, I was left frustrated.  She was locked in her silence and quick to bury herself in work, ignoring Carter’s subtle attempts to address the past.  Considering the kind of family she has I expected better from her.

The loss she and Carter experienced was a heartbreaking one and it’s easily understandable that it rocks their once solid marriage.  The pain they’re both experiencing was palpable but allowing misunderstandings to fester only weakened their marriage further.  By simply talking they could’ve found their HEA again much faster.  Through it all though their undying love was more than apparent and that small grain of hope had me rooting for them every step of the way.  Surrounding this conflicted and realistic couple was a family we’ve come to call our own, a family that’s always been there in solidarity but who are letting Roxie and Carter find their own way this time.  The ups and downs of the Montgomery family has made for compelling storytelling throughout the books in this series, pulling me into their lives and readying me for the next generation.  Though this book frustrated me at times, I appreciate Ms. Ryan’s handling of a tough topic and recommend it (along with a tissue or two) to readers drawn to relatable couples and realistic storytelling. 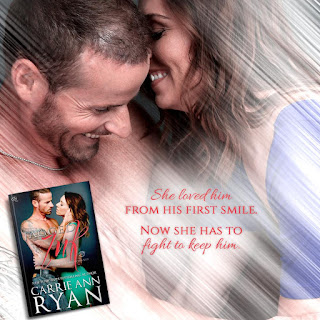