A man who once had everything going for him picks himself up out of the gutter in an attempt to start over.  What he gets instead though is a complicated romance with a sassy and strong-willed woman hoping for a HEA of her own as long as they can deal with the secrets of his past coming back to haunt them.  Keep reading to get a tempting taste of Restless Rancher by Jennifer Ryan, then add this contemporary western romance to your bookshelf!  In honor of this second installment in the Wild Rose Ranch series make sure to fill out the form below for the chance to win a print copy of the previous book in this series too! 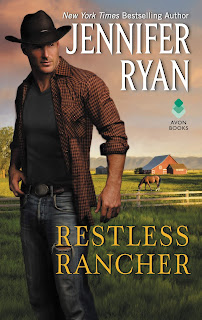 If you like bad-boy heroes, western settings, and a sexy, sassy heroine you will love Jennifer Ryan's newest Wild Rose Ranch book! Perfect for fans of Diana Palmer, Linda Lael Miller, and Jodi Thomas.
One minute down-on-his-luck rancher Austin Hubbard slept soundly, the next, a sassy spitfire dumped a pitcher of water on his head and woke him up—in more ways than one. Hired to help him rebuild his ranch, Sonya Tucker ends up helping him put the tattered pieces of his life back together. The capable, all-business accountant is on a mission to get the ranch up and running, but can he convince the temptingly beautiful woman to take a chance on him?
Sonya was dismayed that Austin had lost it all: money, family, respectability. Things she—who’d been raised by her mother at Nevada’s notorious brothel Wild Rose Ranch—only dreamed about. But working with the long, lean cowboy shows her that Austin is honorable to his core. Together they slowly grow to see what the love between them might bring.
But then Austin’s powder keg of a family feud explodes, exposing long-buried secrets, and threatening their new-found love… 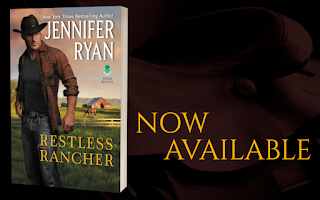 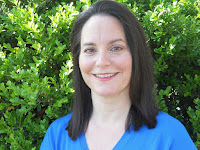 New York Times & USA Today bestselling author Jennifer Ryan writes suspenseful contemporary romances about everyday people who do extraordinary things. Her deeply emotional love stories are filled with high stakes and higher drama, love, family, friendship, and the happily-ever-after we all hope to find. Jennifer lives in the San Francisco Bay Area with her husband and three children. When she finally leaves those fictional worlds, you’ll find her in the garden, playing in the dirt and daydreaming about people who live only in her head, until she puts them on paper. For information about her upcoming releases, sign up for her newsletter HERE.

a Rafflecopter giveaway
at November 17, 2019